Kevin King and Bashaud Breeland are inactive for the Packers vs. Cardinals game, but Randall Cobb returns.

Olivia Reiner and Tom Silverstein analyze a corner blitz play from the Packers' game against the Minnesota Vikings. Packers News 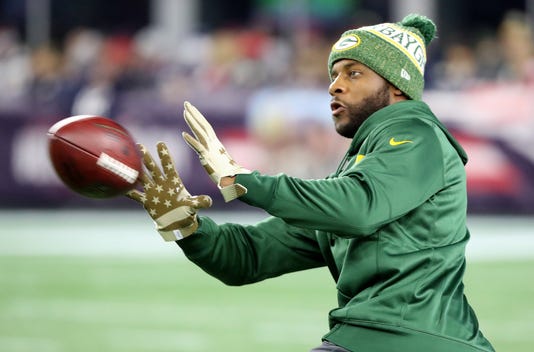 GREEN BAY - There was little mystery surrounding the 46-man active roster for the Green Bay Packers on Sunday against the Arizona Cardinals, as the team ruled out five players for the game Friday.

That left starting safety Kentrell Brice (ankle/concussion), running back Tra Carson (rib) and safety Raven Greene (ankle) as ruled out on Friday and they are inactive.

Starting cornerback Kevin King (hamstring) was also held out for Sunday, despite an increased workload during the week. Fellow corner Bashaud Breeland (groin) is also inactive.

Wide receiver Randall Cobb and left tackle David Bakhtiari will play, however. It is Cobb's first game since playing in New England on Nov. 4. Kumerow and Vitale are also active.