Q&A: What you need to know about the Packers' firing head coach Mike McCarthy 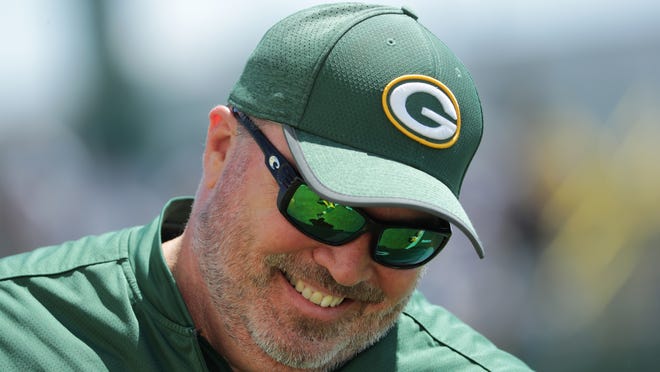 The Green Bay Packers surprised the football community by firing head coach Mike McCarthy on Sunday night shortly after the team fell 20-17 to the Arizona Cardinals. Naturally, there are many questions about the move and we're here to answer a few of the more pressing ones.

A: Operating with only a year left on his contract, faith in McCarthy from Packers president and CEO Mark Murphy was fading and he made his feelings clear in a concise first line of his statement announcing his decision to fire McCarthy: “The 2018 season has not lived up to the expectations and standards of the Green Bay Packers.”

Regardless of how Murphy and general manager Brian Gutekunst felt about the roster, the team has underperformed and underachieved with a 4-7-1 record.

As for the timing, a source told PackersNews.com that the club wanted a head start to identify and research candidates. The Cleveland Browns, who fired Hue Jackson on Oct. 29, are the only other NFL team with a head-coaching vacancy.

A: The Packers will get back to work on Monday, but Murphy will meet with the media at Lambeau Field at 1:45 p.m. to discuss the move.

Q: Who will hire the head coach?

A: A source told PackersNews.com that the power structure Murphy created in the offseason will remain the same. Murphy will hire the head coach but he will get heavy input from Gutekunst. In the past, Murphy has used the headhunting firm Korn/Ferry International to identify talent, including the process of hiring Gutekunst as general manager this past offseason.

Q: Why did Murphy tab Joe Philbin as interim head coach and not Mike Pettine?

A: Both coordinators, new to the team in 2018, have head-coaching experience. Philbin went 24-28 in Miami from 2012-15 before being fired after the fourth game in his fourth season. Pettine went 10-22 in Cleveland from 2014-15 before being relieved of his duties.

Philbin was the likely choice due to his long history with the Packers organization and Aaron Rodgers. The Packers' offense was No. 10 in the league heading into Sunday but they were 17th in scoring at just 23.4 points per game.

Philbin began coaching with the Packers in 2003 as an assistant offensive line coach and became the offensive coordinator in 2007 until his departure to Miami. From 2007-11 the team finished in the top 10 in total offense and scoring in each season, including leading the NFL in scoring in 2011.

Also, Pettine said when he was hired in January that he wasn’t interested in being a head coach again.

Q: Would Philbin and Pettine be candidates to be the full-time head coach?

A: One would think as a matter of respect that Murphy would interview both men to get a feel for how they would run the program, but there could be other factors in their candidacies. Pettine has said as recently as this offseason that he was not interested in fronting a team again.

Q: Would Pettine be retained as the defensive coordinator under a new coach?

A: It’s possible. Pettine is highly regarded around the league and he has gotten a very injured and a talent-deficient group to play winning football for most of the season. While a new head coach would likely want the ability to hire a whole staff, he (or Murphy) may want Pettine to remain. Such arrangements are not uncommon and can work. The best, most recent example is in Chicago when new head coach Matt Nagy and the Chicago Bears worked hard to retain defensive coordinator Vic Fangio. That has clearly paid off as the Bears are leading the division at 8-4 and have a top 5 defense.

Tom Silverstein contributed to this report.