In their annual toy drive in San Bernardino, Kenny Clark and his mother had collected more than $5,000 worth of toys. But someone stole them. 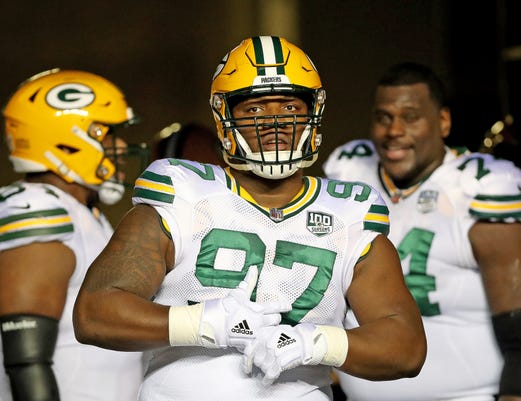 GREEN BAY - For a whole year, Kenny Clark and his mother, Leslie, collect the toys. They pass out fliers. They promote through social media and word of mouth. Their goal is to shine a little light at Christmas, to brighten the holidays for children who need a boost.

As many as 300 kids who otherwise wouldn’t be getting presents this year were about to have their Christmas saved Thursday afternoon. In the second year of their annual toy drive at a San Bernardino, California, church, the defensive lineman and his mother had collected more than $5,000 worth of toys. They stored them in the back shed of Leslie’s house, the one her son bought her with his first Green Bay Packers pay check.

Then Clark got a text Wednesday night. All the toys were gone, the shed empty. Only a single mouse trap remained, Clark said.

“It was crazy,” Clark said, “because you work so hard and you’re trying to do something good for the community, and somebody does something crazy like that. It’s never good.”

This story has a good ending.

Clark said the toy drive was still on, that local people in the community and businesses both in Green Bay and San Bernardino were pitching in for the kids. A Go Fund Me had raised more than $9,500 as of Thursday night. The family was also collecting gift cards to Walmart and Target.

“The good thing,” Clark said, “is the toy drive’s still going to go on. We still have a lot of stuff coming in today that was supposed to come in. That’s the good thing. But it definitely hit my mom hard, especially because they did all the work and they love seeing the kids happy.”

Thank you everyone for the outpouring of love & support after learning that thousands of toys were stolen from my 2nd Annual Toy Drive. If you’d like to donate so we can provide more families with more toys than ever before, click 👇🏾https://t.co/PDPoTNn1hg

Clark said police had not caught the person or persons who stole the toys from his mother’s shed. He was confident they would. The house has security cameras, he said.

“It’s just messed up, man,” Clark said. “It’s messed up, man. it’s for a bunch of kids, man. it’s difficult, especially for my family and my mom. My mom, she works hard to do it. It’s really difficult for her because she worked so hard throughout he whole year putting it together. It’s a messed-up situation.”

SILVERSTEIN: Why a defensive candidate makes sense for Packers

Word was spreading through the Packers' locker room Thursday afternoon. Outside linebacker Clay Matthews said his mother texted him about the situation just before he spoke with the media.

“I don’t know much about it,” Matthews said, “but it’s a shame. Thieves have, I mean, there’s no moral code or anything. Especially with what those gifts and who they were going to, I mean, that’s unfortunate. There’s, I mean, just scumbag people out there, and you’d like to think people are better than that, but I’ll probably talk with Kenny and see if there’s anything I can do – we can do – to hopefully get these kids some gifts.

“I mean, with only a few days before Christmas, but that’s terrible. Terrible to hear.”