Cornerback Josh Jackson has lived the roller coaster as an employee, teammate and as a first-year NFL player. 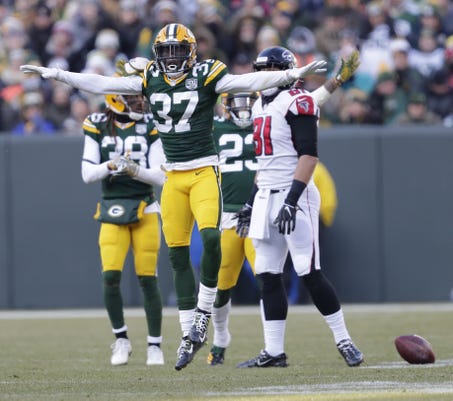 GREEN BAY – Four months can fly by, especially once players hit the rhythm of a regular season. Rookies for the Green Bay Packers have been given an unusual crash course in the business of football, with more than two dozen roster moves and a coaching change happening before the final two games of the year. And within that, in their own bubble, they’ve had to figure out how to play.

Josh Jackson has lived the roller coaster as an employee, teammate and as a first-year NFL player. He has been trusted by defensive coordinator Mike Pettine to play multiple positions in the defense. He has had quarterbacks look for him in coverage and pick on him. He has even been asked to field a punt in a game for the first time since Oct. 7, 2017.

And that includes the highs, and the dips, of a rookie campaign that can feel very long over four months.

Back when the season opened against Chicago at Lambeau Field in early September, Jackson and fellow rookie Jaire Alexander were the third and fourth corners for Pettine. They played nearly the same number of snaps against the Bears and Jackson looked impressive.

Kevin King’s first injury of the season the next week against Minnesota opened the door for more playing time for Alexander, but then Alexander got hurt against Buffalo two weeks after that. Jackson’s workload remained the same, however.

Coming out of the bye to face the Los Angeles Rams, Alexander was suddenly the team’s top cover corner and played every snap (78) in that game.

His role increased after that, but it's clear Alexander has cemented himself as the team’s top cover man.

Comparatively, Jackson has been more uneven. Pettine said you can watch Alexander and not know he’s a rookie. He plays physically, but clean, with just two penalties this season.

Jackson, on the other hand, is the most penalized player on the team, having drawn nine flags (eight have been accepted) including three holds and two face masks. A week ago against Chicago he flogged himself for poor tackling.

According to Pro Football Focus Jackson is the worst of the Packers’ five healthy corners at allowing passes to be caught, allowing 66.7 percent of all targets thrown his way to be brought in (Bashaud Breeland has been the best, allowing 56.5 percent of targets to be caught).

% of targets caught while in coverage among Green Bay Defensive Backs:

Such numbers fly in the face of what he did well at Iowa, which is in part why Packers general manager Brian Gutekunst selected him at No. 45 overall. In his final season in college, Jackson not only had eight interceptions but he broke up 27 passes and allowed just 41.3 percent of passes thrown on him to be completed.

There were concerns about his tackling form and speed (4.56-second 40-yard dash and 4.03-second 20-yard shuttle), and those are areas that have been exposed at times by opponents. And it’s what he’ll have to improve upon and learn how to play with as his career progresses.

SILVERSTEIN: Why a defensive candidate makes sense for Packers

“It’s a typical rookie year,” Pettine said. “He’s had his ups and his downs, and teams have gone after him. He’s improved. Just like Jaire, he loves to play. He’s competitive. So that’s the beginning part. If you have that and an NFL skill set, you’re going to end up being in this league for a long time. So we feel the future with Josh is bright, and he’s got two games left and hopefully he’ll prove it out.”

Pettine hasn’t been shy about giving him that chance, either. Jackson has started each of the last six games opposite Alexander and has played the third-most snaps of any Packers defensive back this season (633). Jackson has made 48 total tackles and broken up eight passes.