Former Packers safety LeRoy Butler once again was not chosen to be one of the 15 finalist for the Pro Football Hall of Fame.

Former Packers All-Pro safety LeRoy Butler and beat reporter Tom Silverstein discuss the Packers' coaching vacancy along with who they would like to see play more in the season finale against Detroit. Packers News 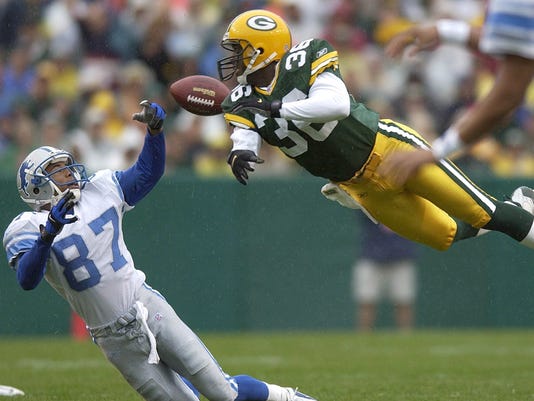 GREEN BAY - A trio of safeties were among 15 modern-era finalists for the Pro Football Hall of Fame's Class of 2019, but former Green Bay Packers safety LeRoy Butler was not one of them.

Butler, the first defensive back in NFL history with 20 career interceptions and sacks, was among 25 semifinalists for the second straight year. At a position notoriously lacking representation in Canton, Butler appears to have fallen behind John Lynch and Steve Atwater, both of whom were named finalists. Ed Reed, the safety most likely to be enshrined, also was a finalist.

"(Butler) could match up one-on-one and be down in the box. Which was rare," longtime coach Brian Billick told PackersNews last winter.

Billick devised game plans against Butler and the Packers defense as Minnesota's offensive coordinator and later coached Reed in Baltimore.

"I mean, you usually had one or the other," Billick said of safeties in general. "The guy (who didn't drop) down in the box, he could cover your tight end, but he was useless in the running game. Or you had a guy who was really good at dropping down in the box and stopping the run, but he wasn't going to hold up one-on-one with a guy in the slot. LeRoy was one of the guys who could do it all.

"Being an offensive coordinator, this was something new — 'God, you mean I have to account for a safety now?' — in terms of pass rush, the eight-man box and running. So that was one of the adjustments we had to make back then."