Matt LaFleur, 39, will become the 15th head coach for the Green Bay Packers

Pete Dougherty and Olivia Reiner react to the news of Matt LaFleur becoming the next Packers head coach. Packers News 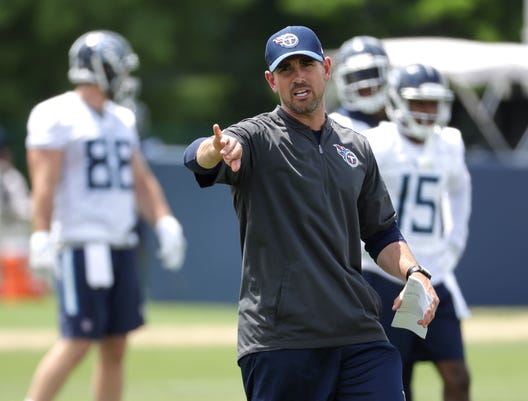 GREEN BAY - Making a hire that will define his legacy as Green Bay Packers president and CEO, Mark Murphy chose a head coach with connections to the NFL’s offensive evolution but who arrives with many unknowns, including his ability to oversee an entire football team.

Early Monday evening, one day after his interview took place in Nashville, Tennessee Titans offensive coordinator Matt LaFleur was chosen by Murphy to be the franchise’s 15th head coach.

The Journal Sentinel and PackersNews confirmed an ESPN report that the Packers had selected LaFleur, 39, ahead of the nine others they interviewed to replace Mike McCarthy and were working to finalize the deal.

The club did not announce the hiring and was not expected to until LaFleur signs a contract.

The Packers interviewed five coaches with head-coaching experience — Jim Caldwell, Chuck Pagano, Joe Philbin, Josh McDaniels and Adam Gase. Caldwell was the only one who had multiple head-coaching jobs and the others were fired within several years of their hiring.

Still, Caldwell had years of experience coaching Peyton Manning in Indianapolis, McDaniels has coached Tom Brady for more than a decade and Gase had helped Manning resurrect his career in Denver and gotten Jay Cutler to play his best football in Chicago.

All of them had the experience of managing an entire football team.

But the Packers went with LaFleur, probably hoping they could capture some of the magic dust associated with Los Angeles Rams coach Sean McVay, the hottest young coach in the NFL and one of LaFleur’s closest friends.

The Packers were the only team to interview LaFleur and they waited until last to talk to him. It’s possible they targeted him early during the search process as their leading candidate because they didn’t bother to bring him in for a second interview before hiring.

Their goal all along appeared to be to find someone who could tap into the passing revolution that has veered away from some of the West Coast principles McCarthy held dearly and adopted some of the spread principles popular in the college game. LaFleur has been on the ground floor of that movement.

The Packers were also the only team to interview McDaniels, who had turned off many teams when he reneged on an agreement to become Indianapolis’ head coach a year ago. If the Packers were going to hire him they would have had to wait until the Patriots were eliminated from the playoffs or played in the Super Bowl.

Gase was available immediately but had interviewed with Arizona and the New York Jets.

Murphy said all along that this pick would be his own, choosing to overstep the traditional process of having the general manager pick the head coach. It was his decision to fire McCarthy after 13 years and LaFleur’s selection stands to define his legacy on the football side of the franchise.

LaFleur comes to the Packers with connections to two of the architects of the offensive revolution taking place in the NFL, Sean McVay and Kyle Shanahan, both of whom moved up the ranks to head coaching positions quickly.

McVay became the youngest head coach in NFL history when the Los Angeles Rams hired him in 2017 and he immediately made LaFleur his offensive coordinator. After a year together, LaFleur left so he could get play-calling experience and forward his career.

According to one source, LaFleur and McVay are very close friends and it’s likely McVay went to bat heartily for LaFleur in discussions with Murphy and/or general manager Brian Gutekunst.

With LaFleur as quarterbacks coach, Matt Ryan won the Most Valuable Player award in 2016 and advanced to the Super Bowl.

A source in Tennessee said LaFleur has the right temperament to work with veteran quarterbacks like Ryan and now Aaron Rodgers.

Hiring LaFleur should allow the Packers to retain defensive coordinator Mike Pettine, who is under contract and has expressed a desire to stay. It will be LaFleur’s choice, but a source indicated he told Murphy and Gutekunst in his interview that Pettine would be his choice for defensive coordinator.

It also means there’s less of a chance that Philbin will be back. LaFleur could tab him as his offensive coordinator, but it’s likely he’ll want someone steeped in his offensive philosophy in that position. LaFleur will likely interview some of the offensive coaches on existing contracts, especially highly regarded offensive line coach James Campen.

The biggest question facing LaFleur is whether he is more than just an offensive wizard able to help Rodgers return to his old form. LaFleur has just two years’ experience managing an entire offensive staff and he suddenly will be put in a position of having to manage an entire roster.

When the Packers hired McCarthy in ’06, he had been a coordinator and play-caller in the NFL for five seasons and had spent considerable time working under well-respected coaches Marty Schottenheimer and Paul Hackett. 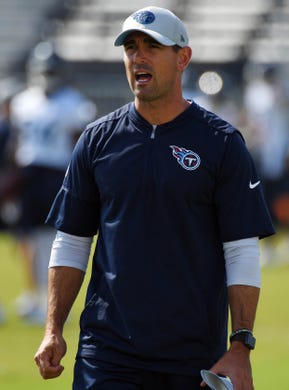 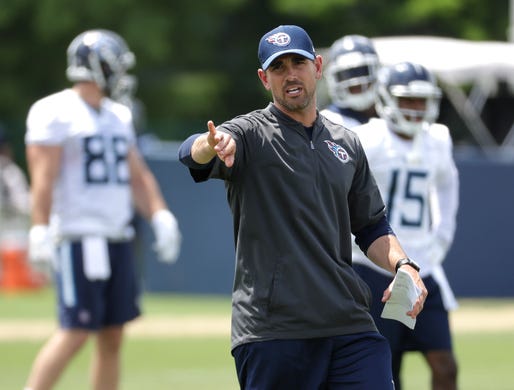 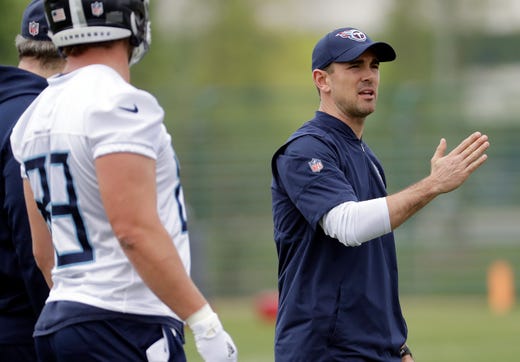 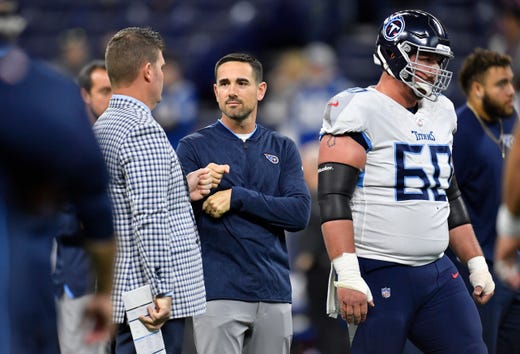 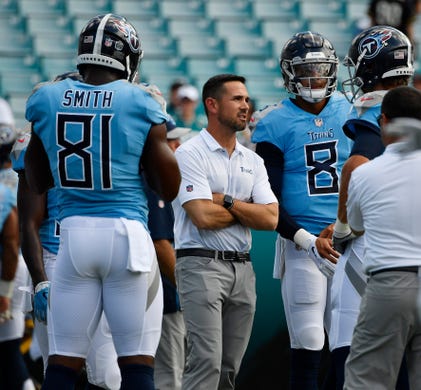 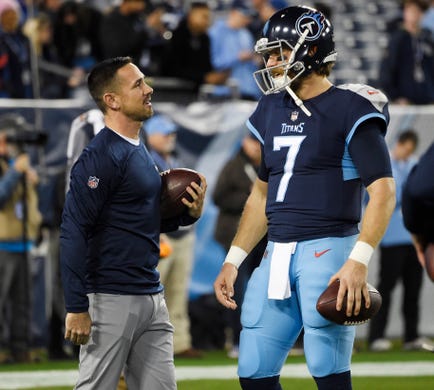 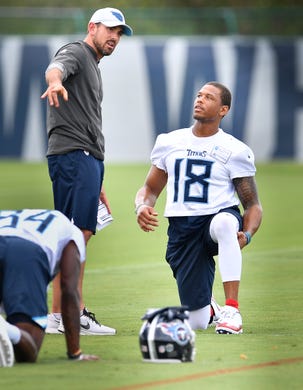 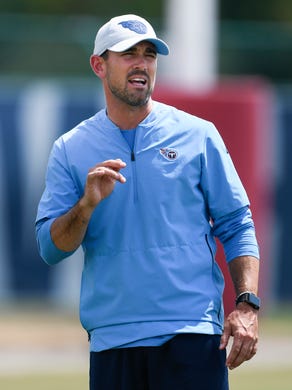 “He has a real knack for working with any type of talent he has,” said former Packers defensive coordinator Bob Slowik, who served with LaFleur for two seasons in Washington. “I thought he was getting the most out of them. He was dealing with quarterbacks at different levels, and he did a masterful job.”

Slowik said one of the things he remembered most about LaFleur was his willingness to talk with anyone to gain more knowledge about football. He said he was not afraid to approach a defensive coach and expose the fact that he did not have a thorough understanding of a specific scheme.

He said LaFleur had the ability to relate to many different personalities and it helped him in relationships and coaching.

“He was one of those guys who would go down the hall and stop in anyone’s office and visit about your thoughts on defense,” Slowik said. “A lot of guys will prepare for (New England coach Bill) Belichick, and they might not know what he’s trying to do.

“Some guys would be afraid to come to a defensive coach’s office and admit that. But he wasn’t. He wanted to know what they were doing here. He has a lot of humility.”

One league source familiar with LaFleur called it a “great hire” and another source who worked with him in Tennessee said he will bring an understanding of both sides of the ball.

Tennessee finished 9-7 and missed the playoffs, ending the year No. 25 in total offense and No. 27 in scoring. The Titans were 29th in passing with quarterback Marcus Mariota but seventh in the league in rushing.

In 2017 in L.A., the Rams finished eighth in the league in rushing to go with the No. 10 passing attack in football.

Murphy fired McCarthy on Dec. 2 after a stunning loss to the Arizona Cardinals to give the organization a head start on filling what was one of eight total head-coaching vacancies around the NFL.

Philbin directed the team over the final four games of the regular season and interviewed for the full-time position after going 2-2. The Packers finished third in the NFC North with a 6-9-1 record, missing the playoffs for the second straight year.

The last time the Packers looked for a head coach, Ted Thompson was the general manager and he moved relatively quickly. Thompson settled on McCarthy, then the San Francisco 49ers offensive coordinator, just 10 days after the firing of Mike Sherman on Jan. 2, 2006.

Jim Owczarski of the Milwaukee Journal Sentinel and Ryan Wood of the Green Bay Press-Gazette contributed.