Love and prayers from his ailing mother helped new Packers running back Dexter Williams overcome bouts with immaturity and a suspension.

Five games into his senior season, in a top-10 matchup against Stanford, Dexter Williams was about to get his first carry. That was his fault. Williams had just returned from a suspension.

He got the football and started making amends.

From the Notre Dame sideline, position coach Autry Denson watched the play unfold. Williams wandered to his left, 45 yards from the goal line, waiting for a hole. Then he planted his left cleat in the turf and exploded like a cannon.

Williams reached the second level before the defense knew what happened. Fifteen yards later, he had only an unblocked safety to beat. Williams blew past him like he was standing still.

The first time Dexter Williams touched the football last fall, not a single defender touched him. It was one of those spontaneous, remember-where-you-were moments that make college football so spectacular.

“I’m running down on the sideline,” Denson remembers, “because I can’t wait to give him a hug as he comes off.”

Everyone inside Notre Dame Stadium saw what Dexter Williams did that night, finishing with 161 yards on 21 carries in his senior debut. Except the lady sitting a few rows behind Notre Dame’s sideline, draped in a blue Irish jersey.

When her son took that first handoff, 80,000 fans stood. She stayed in her seat. Not because she was nervous. A woman known for her wisdom, Cheryl Williams’ last advice to her son before the game proved prophetic: Don’t let them see anything but the back of your shoe.

She just wasn’t leaving it to chance.

A year ago, Dexter Williams’ future was murky at best. Years of immaturity finally caught up to him. He was arrested in August 2016 and charged with marijuana possession and possessing a handgun. The latter charge was later dropped when a teammate he was with confessed to possessing the gun.

Williams didn’t miss any games for disciplinary reasons then, but his immaturity coalesced in a four-game suspension for undisclosed reasons as a senior. After sharing carries and snaps with former teammate Josh Adams, a Philadelphia Eagles rookie last season, Williams would be the featured tailback as a senior.

Instead, he had to watch the first third of his season.

“That was just a moment in my life,” Williams says, “where it was time to show maturity.”

Two months before the suspension, Cheryl received tragic news. Already suffering from myasthenia gravis, a muscle-weakening disease that placed her on life support for three months in 2010, Cheryl was diagnosed with pulmonary arterial hypertension last spring. Doctors said the disease, which causes high blood pressure in the lungs, was terminal in the next three to five years.

So, yes, the Williams family prays.

“We just take things day by day,” Leonard Williams, the family patriarch, says. “We just realize that God has the time. He’s the one that says it’s your turn. And we just do the best that we can to stay up on the meds, trying to do the best on our end.”

After hearing the news, Cheryl says she excused herself to use the bathroom. She washed her face, took a few, deep breaths. “I cried a moment,” she says. Then she swallowed her sorrow to give her family strength.

Football was supposed to be Williams’ escape. A safe place to channel his grief. Without it, Leonard and Cheryl worried how their son would cope. They decided one of them needed to move to South Bend, Indiana, and Leonard, the “bread winner” with a job building swimming pools in Davenport, Florida, was the best to stay behind. 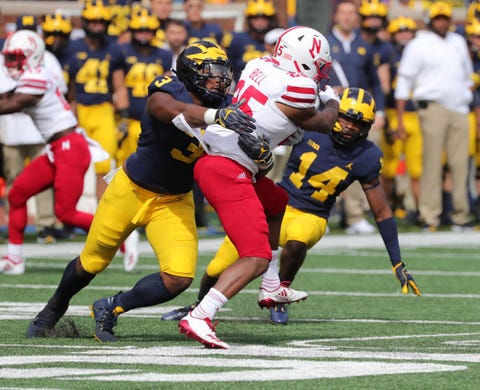 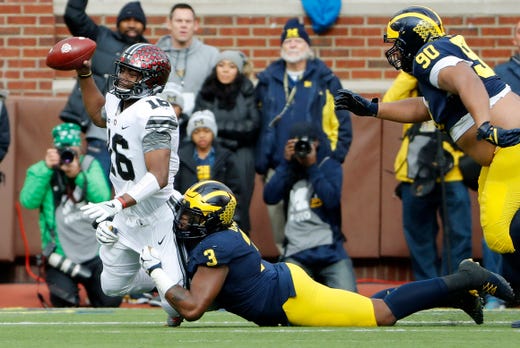 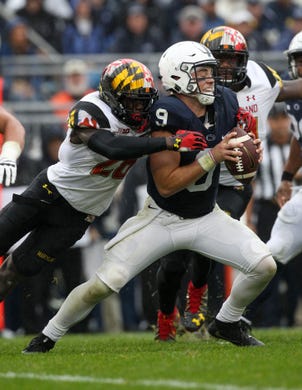 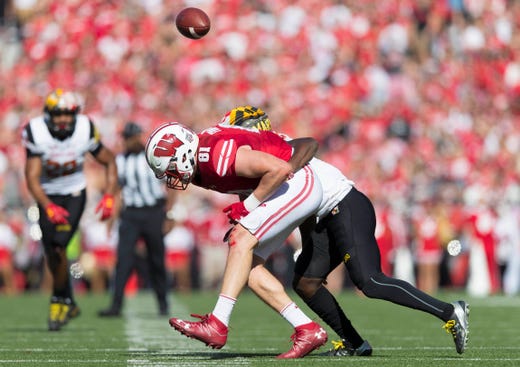 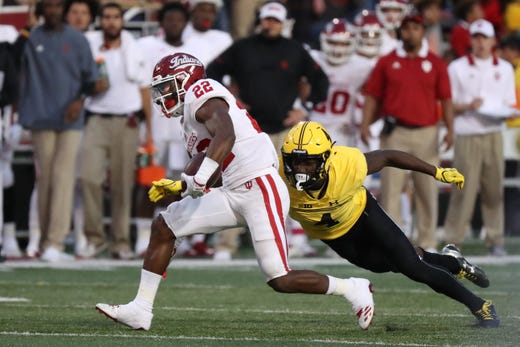 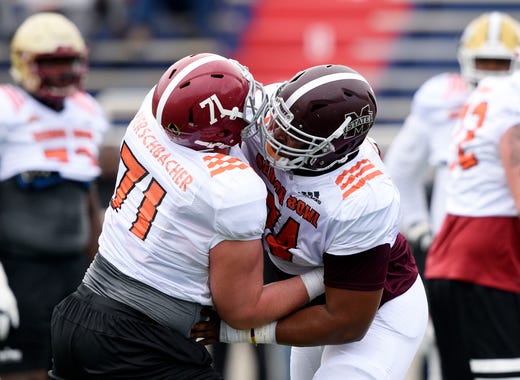 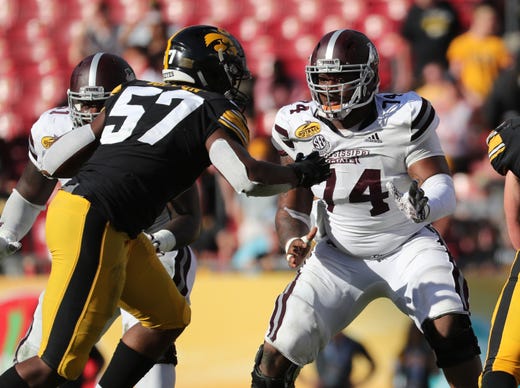 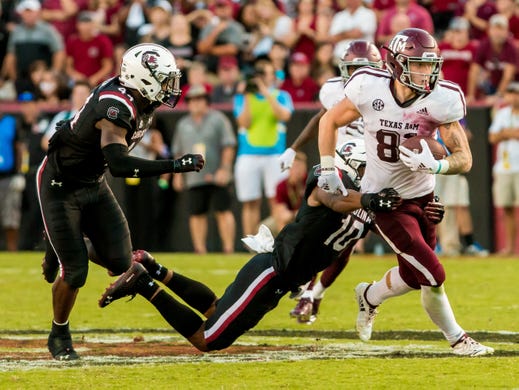 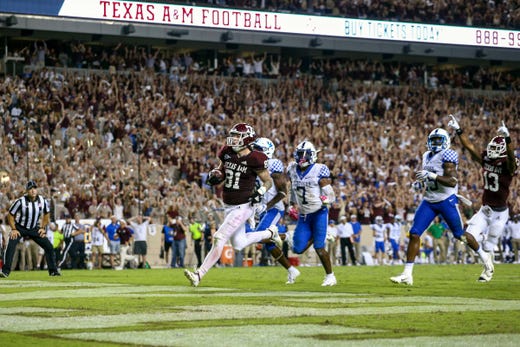 Texas A&M Aggies tight end Jace Sternberger (81) runs to the end zone for a touchdown during the fourth quarter against the Kentucky Wildcats at Kyle Field on Oct. 6, 2018 in College Station, TX. The Packers selected Sternberger with the 75th overall pick (third round). John Glaser-USA TODAY Sports
Fullscreen 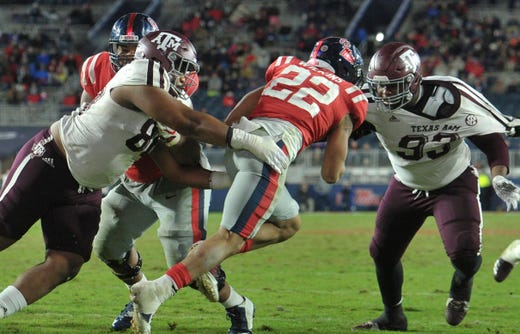 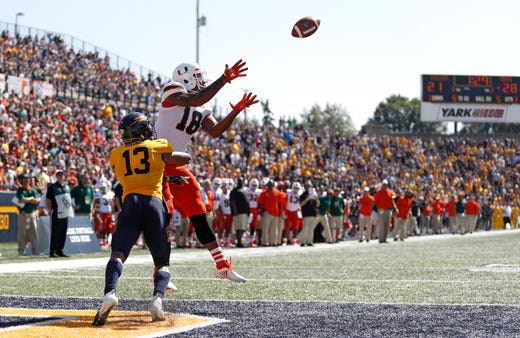 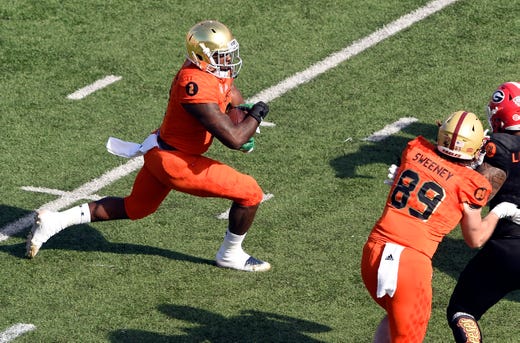 North running back Dexter Williams of Notre Dame (2) carries the ball up the field against against the South during the first quarter of the NCAA's Senior Bowl at Ladd-Peebles Stadium on Jan 26, 2019 in Mobile, AL. The Packers selected Williams with the 194th overall pick (sixth round). John David Mercer-USA TODAY Sports
Fullscreen 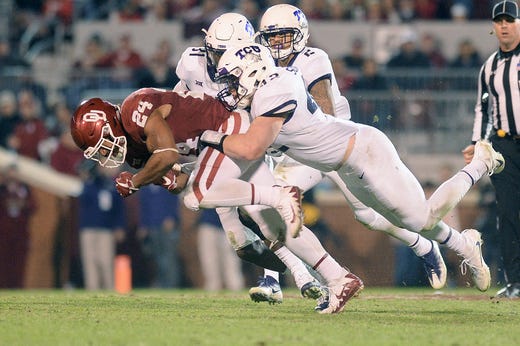 So when Dexter returned to campus after spring break in 2018, his mother joined him. Cheryl lived in his South Bend apartment nine months, until shortly before Dexter’s pre-draft preparation began in December. Cheryl occasionally attended class with Dexter, her favorite an Africana studies course.

She sat next to her son. Her son, she made sure, sat directly across from the teacher.

They watched Notre Dame’s first four games together, sitting on the couch in Dexter’s apartment. Dexter cried after each game, regret mixing with guilt before, finally, relief.

How did her son handle that month away from football?

Making up for lost time

Out of options, facing rock bottom, Dexter Williams met with his position coach last summer. He was ready to map out his comeback.

“I remember verbatim,” Denson says, “Dexter came in and he finally says, ‘You tell me what I’ve got to do, and I will do it.’ It was just literally him taking that personal accountability for whatever had happened. He was going to correct it.

“Most people would be like, ‘Man, I’m getting a raw deal.’ Dexter said, ‘It’s my fault. Tell me what to do, and I’m going to rectify it.’ And he blew it out of the water.”

Denson, Notre Dame’s all-time leading rusher, knew Williams’ toughest task would be staying connected with the team when he wasn’t playing. He needed to lead by example off the field, since he couldn’t be on it. Denson says Williams was the “hardest-working person” in practice. First to meetings. Last to leave the football complex at night.

Williams also drew closer to teammates. He recognized the importance of being selective with whom he spent time, weeding out negative influences.

“Dexter is so kindhearted,” Leonard says. “He’s always got friends hanging around, and some of them are not always the best. I just told him, ‘You have to learn, man, you can’t take care of everybody. You can’t help everybody.’ To get to this level, you have to be concerned about yourself. Not that your selfish, but that’s just how the game goes. You have to be concerned about yourself.”

Williams always had the ability. A top-100 recruit nationally, he cracked the Irish’s running back rotation as a freshman, then played behind Adams as a sophomore and junior.

“We became an entirely different team,” Denson says, “with Dexter on the field. He’s dynamic.”

Williams finished with 995 yards and 12 touchdowns in nine games. He led the Irish in rushing by more than 600 yards.

Turned out, it wasn’t just divine intervention helping Williams reach the end zone on his first carry. His patience and burst, the ability to plant his cleat in the turf and explode downfield, caught Packers general manager Brian Gutekunst’s attention.

“He’s an aggressive, downhill runner,” Gutekunst says, “that can press the edge, stick his foot in the ground and get north to south. He had a lot of explosive plays, and he was a finisher. Once he hit that crease, he seemed to finish. And so, yeah, those are some of the things we like to run.

“He doesn’t waste any time and kind of has a knack of running to daylight.”

It was a long weekend inside the Williams family’s Florida home, where some 50 friends and neighbors attended a draft party. As Saturday morning turned into late afternoon, Dexter Williams’ phone still silent, the stress grew.

The fourth round passed.

Their wait was excruciating.

Williams walked into his bedroom when his phone flashed a 920 area code. He broke one of Mom’s unwritten rules, locking the door behind him. “We don’t lock doors in my house,” Cheryl explains. “You can’t get help if you lock yourself away.” Finally, he let his mother inside. All Cheryl heard was a collection of “yes sirs” from her son, speaking with Packers personnel.

“He just started squeezing me,” Cheryl says, her voice sounding weary on the phone. “It was almost overwhelming. I’m so grateful for somebody giving him an opportunity.”

She’s grateful for a lot of things. Her son’s second chance. The time she has left. Already, Cheryl is searching for a place to live in the Green Bay area.

She’s moving north with her son.

“She’s my guardian angel,” Williams says. “She’s going to be there just to help, to support."

There isn’t much time, Cheryl knows. Doctors believe her health will only deteriorate from here. But Cheryl has already gotten more than expected.

Back in 2010, when she was on life support, the Williams family made the difficult decision to disconnect her from the machines keeping her alive. They thought that would be the end, but Cheryl rallied hours before the machines shut off. She’s made it almost another decade.

Cheryl might not get to see how her son’s journey ends, but she paved its beginning. She witnessed its destination, standing by her son’s side the day he reached his dream, her prayers answered.