Mark Murphy blows up the Packers' management structure: A timeline

Starting with the removal of Ted Thompson as general manager in early 2018, the Green Bay Packers management structure has undergone significant changes.

Mark Murphy blows up the Packers' management structure: A timeline

Tom Silverstein took a deep dive into the Green Bay Packers’ new management structure, one that has some critics inside and outside the organization saying it could lead to dysfunction.

Some factors that led to the changes by team president Mark Murphy include the declining health of general manager Ted Thompson, the firing of longtime coach Mike McCarthy and a desire to give executive Russ Ball more responsibilities.

The result is a flattened-out management structure that has Ball, the executive vice president and director of football operations, Brian Gutekunst, the second-year general manager, and Matt LaFleur, the new coach, all reporting to Murphy.

That, critics say, is in stark contrast to the top-down structure implemented in the 1990s by then-president Bob Harlan that has led to the franchise’s sustained success.

Following is a timeline events since the 2017 NFL draft: 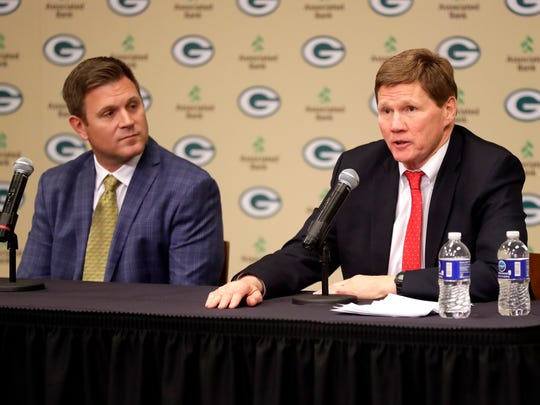 Jan. 4 – Packers coach Mike McCarthy hints in season-ending news conference that he wants a personnel man to be the next general manager. 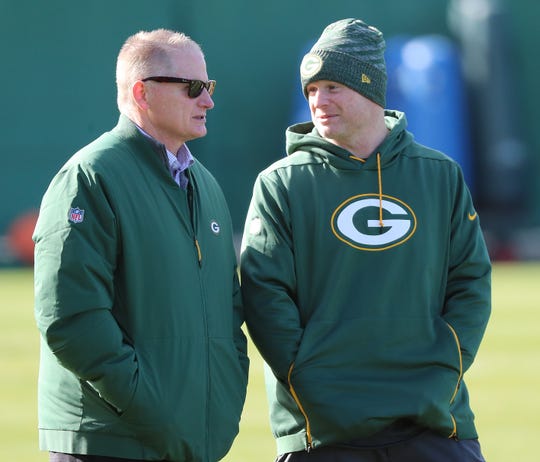 Jan. 6 – Murphy convenes search committee. Most expect LaFleur to be brought in for a second interview, but Murphy decides to hire him.

Jan. 8 – Contract is finalized and LaFleur hire is official.

Jan. 9 – LaFleur is introduced to the media. Gutekunst isn’t initially going to take part in the press conference, but then it’s decided he should. Murphy does most of the talking for the Packers.

Jan. 17 – LaFleur interviews Miami special teams coach Darren Rizzi, a potentially key addition to his staff, but Packers don’t offer what they said they would and ultimately isn’t hired.