Aaron Rodgers won't say where he actually appeared in 'Game of Thrones,' but he ruled out a couple of widely suspected sightings.

GREEN BAY – Aaron Rodgers has been talking about appearing in the penultimate episode of HBO’s "Game of Thrones" series for quite some time, and once “The Bells” aired May 12 everyone went searching for the Green Bay Packers’ quarterback.

RELATED: Aaron Rodgers appeared on 'Game of Thrones,' and Twitter naturally had some fun with it

RELATED: Is Aaron Rodgers trying to tell us he's going to be on next 'Game of Thrones' episode?

In his first media session since that show aired – and the series concluded this past Sunday – Rodgers cleared up some things.

Was he the panic-stricken soldier who received a memorable dragon-fire death? 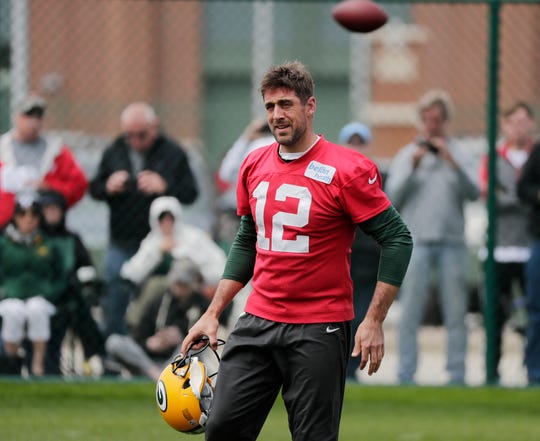 “It wasn’t the guy that got burned up,” Rodgers said Tuesday at Lambeau Field. “And I’m disappointed in every person who actually said that was me because, if you watch that person run, they’re a total non-athlete. Total non-athlete.”

OK, was he the clean-shaven archer atop the wall of King’s Landing?

“I wasn’t the archer, either, although that person definitely looked like me,” Rodgers said.

Interestingly, Rodgers chose not to formally disclose when he appeared in the episode but did say he’d like to be called back if there are any spinoffs.

As you can tell from his Instagram post, his outfit didn't match that of the two sightings most attributed as Rodgers.

It was just for a few seconds, but I’ll always be thankful to have been on the penultimate episode of @gameofthrones #crazyepisodetonight #🔥🔥🔥🔥

Aaron Rodgers talks about his role in #GameOfThrones. “I was helping a woman, who was injured... then the hell with her I’m getting out of there.” 😂 pic.twitter.com/DcLFPDUrJH

Could this be him? At the 1:05 mark of the episode, you can briefly see a character in what looks like the same costume helping a woman out of the siege -- right before another explosion. 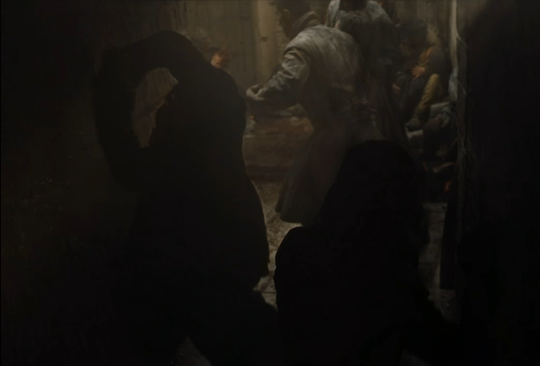 Could this be Aaron Rodgers? The Packers quarterback wouldn't say where he appeared in 'Game of Thrones,' but he ruled out two other popular potential sightings as actually him. (Photo: Screen shot of HBO's 'Game of Thrones')

He did say he enjoyed his time filming in Belfast, Ireland, and being part of a show he has been a fan of for the better part of a decade. But like most fans of the television series, Rodgers did not quite like Sunday’s finale.

Naturally, he was asked to offer up his edit to the final script and which character should have captured the “Iron Throne.”

“I think Dany should've been on the throne,” Rodgers said. “Here's my last theory about it – if Bran, the three-eyed raven who is all about the health of the realm, he basically wanted the throne the whole time – because he's the one who told the Starks, knowing Sansa would tell Tyrion, knowing Tyrion would talk to Varys, knowing they'd scheme for Dany's death, knowing that would piss her off, which led to her being the mad queen. So the the entire time kind of set this whole thing up? And at the end he said I don't want to be king, but why did I travel this whole way to be here? No.

“Look, I love the opportunity to be on the show, which most people don't think I was, but I was there. I love the show, but the writers are also doing 'Star Wars,' so I think they might have been a little busy this last season.”

He's right: David Benioff and D.B. Weiss are moving from Westeros to outer space for their next huge project.