The Packers had been looking to add depth at the tight end position.

GREEN BAY – Tight end Michael Roberts' stint with the Green Bay Packers ended before it had barely even begun.

The Packers have been looking to add to that position room for a month and on Monday, they were awarded a waiver claim on Roberts from Detroit.

But Roberts was waived Wednesday after failing his physical, according to the NFL transactions wire. It was the second failed physical for Roberts in the last week.

Even after re-signing Marcedes Lewis in the offseason and drafting Jace Sternberger in the third round, Packers general manager Brian Gutekunst had been trying to add more tight ends to the roster. On May 22, ESPN reported the team put in a claim on former Jets tight end Jordan Leggett but was unsuccessful.

Then, the Packers lost undrafted rookie tight end Evan Koppenhaver on May 30 when the Duke alumnus decided to retire.

On June 10, the Packers did successfully claim former Jacksonville Jaguars tight end Pharoah McKever, and he participated in the team’s mandatory minicamp. 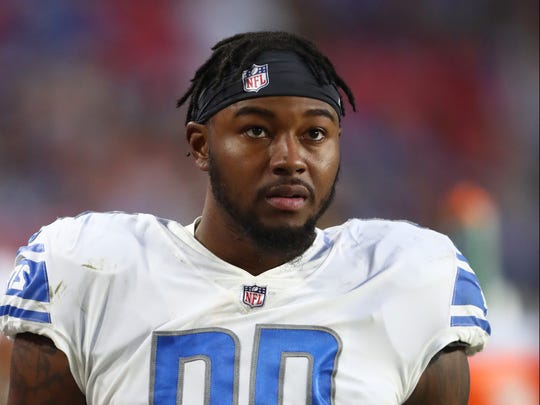 On June 13, the Lions sent the 6-foot-5, 265-pound Roberts to New England in a trade for a conditional seventh-round pick. On Friday, the trade was rescinded as Roberts reportedly failed a physical with the Patriots. The Lions then released the third-year player out of Toledo.

That same day the Packers released veteran running back Kapri Bibbs to open up a roster spot.

So the Packers presumably still have an open spot in the tight end room under first-year position coach Justin Outten. Jimmy Graham and Marcedes Lewis are the veterans with Roberts and Robert Tonyan having some experience. McKeyer, Sternberger and Evan Baylis are players who may take more time to develop.

Roberts, 25, has appeared in 23 career games (five starts) after being chosen in the fourth round of the 2017 draft. He has caught 13 passes for 146 yards and three touchdowns and was used more as a blocking tight end in Detroit.

At the 2017 NFL scouting combine, Roberts ran a 4.86-second 40-yard dash but he caught 16 touchdowns passes among 45 receptions in his final season at Toledo.

His 2017 season ended with a one-game, team-imposed suspension for the regular-season finale against the Packers after he said he overslept and missed team meetings. Last year, Roberts’ season was limited to eight games after he had surgery to repair a shoulder injury.

Roberts was the odd man out for the Lions after they signed free agent Jesse James and drafted T.J. Hockenson in the first round.