Packers Morning Buzz: Randall Cobb likens Packers to 'ex-girlfriend that broke up with you' 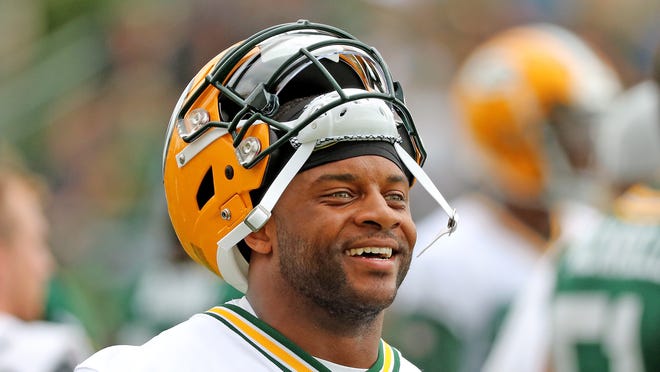 We'll start with former Packers receiver Randall Cobb telling the "Wilde and Tausch" show on ESPN Wisconsin that Green Bay never made him a contract offer and discussed his feelings about moving on in free agency to play for the Cowboys.

“It’s like the ex-girlfriend that broke up with you,” Cobb said. “When you see her five years later, you hope you’re in a better situation than you were before — married, with kids, and you’re able to say, ‘Yeah, I did better without you."

Asked how he thought quarterback Aaron Rodgers would handle adjusting to coach Matt LaFleur's new offense, Cobb said, “I think it’ll go both ways. I think that he will challenge LaFleur, I think he will challenge him to raise his IQ, for both of them to be successful,” Cobb said. “And I also think with the new offense, Aaron is going to be excited to prove that he’s (still) Aaron Rodgers. I definitely can’t wait to see how it all plays out.”

You can read more about the Cobb interview here:

Albert Breer of The MMQB sees a rapidly closing window of opportunity for the Packers as Rodgers approaches age 36.

The pressure is now on in Green Bay—and it’s on everyone. Mike McCarthy’s gone, and so is Ted Thompson. The team was aggressive in free agency, more than it’s been in a generation, in how it splurged on edge rushers Preston Smith and Za’Darius Smith.

Most of the “yeah, buts” we’ve attached to Green Bay over the last decade have been addressed. The time has to be now, or really soon. And looking back in my notes, from a few talks with second-year GM Brian Gutekunst and first-year coach Matt LaFleur over the last year, I saw where we’d actually discussed this.

“The more you’re around Aaron, you realize the bar is set really, really high,” Gutekunst told me. “The expectations are always high. They always are around here, they always have been, but I don’t think in today’s football, with today’s athlete, especially a guy like Aaron … it’s just different, guys are playing longer, guys are taking care of their bodies differently. Every year is different.

“I don’t think you look at windows, I think you just look at it year-to-year.”

Rodgers and Brett Favre clearly have mended fences, and spent time last week golfing together in the Bahamas:

Kendra Meinert has all the details:

Our series previewing the Packers' 2019 opponents rolls on with rundowns on the Cowboys and Eagles:

Favre had to be pretty darn good to get to play long enough to throw 31 career pick-sixes:

Patriots coach Bill Belichick was among those singing Alexander's praises last season -- and the Alexander bandwagon will only get more crowded if the second-year pro makes good on his June vow to earn Pro Bowl and All-Pro honors. Alexander's confidence in himself is justified, coming off a rookie season in which he had 66 tackles, 11 passes defensed and a pick. The Packers' No. 1 cornerback should get a boost if Kyler Fackrell and free-agent signees Za'Darius Smith and Preston Smith provide the kind of pass-rush complement the Packers are expecting them to. Alexander is competitive and has ball skills, and I think we'll see him follow up his strong debut by graduating to shutdown corner status.

The "Good Morning Football" gang weights in on the Rodgers-LaFleur debate:

And finally: Hall of Famer Jerry Kramer threw out the first pitch at a Brewers game last week: