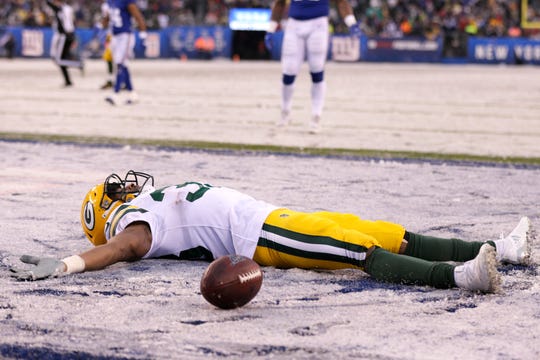 Green Bay Packers' Aaron Jones makes a snow angel after scoring what he believed to be a touchdown during the second half of an NFL football game against the New York Giants, Sunday, Dec. 1, 2019, in East Rutherford, N.J. The touchdown was nullified by a penalty. (AP Photo/Adam Hunger) (Photo: Adam Hunger, AP)

The Packers return to Lambeau Field for the first time in nearly a month, and hosts Jim Owczarski and Tom Silverstein break down what the team needs to do to play its best in December.

Download the mp3 file here, listen to the stream here or below, or subscribe to it in the iTunes store or on Stitcher.