Fullback Danny Vitale (knee) is the only Packers starter inactive for the game. 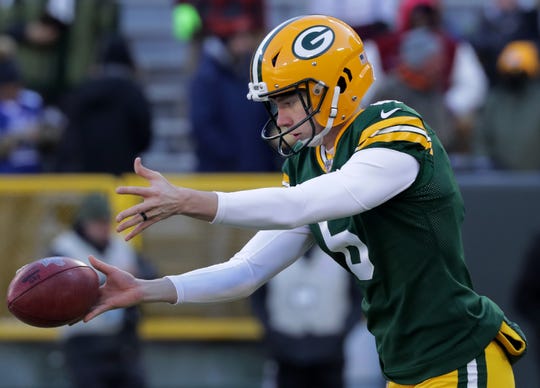 SANTA CLARA, Calif. - The Green Bay Packers came to Levi’s Stadium for the NFC championship with a full, 53-man roster for the first time since they played at Minnesota on Dec. 23 after they moved safety Raven Greene off injured reserve Saturday.

That said, Greene was not part of the active game-day roster as the Packers elected to keep him on the bench. He had not played since Week 2 against Minnesota.

Punter JK Scott was added to the injury report Saturday before the team left Green Bay with an illness, but the addition of Greene to the roster later that day indicated the second-year specialist would be good to go.

Fullback Danny Vitale had believed he would be ready to play against Seattle, but the fullback has been dealing with a knee issue since midseason. He was listed as questionable Friday and is the only Packers starter inactive for the game.

Joining Greene and Vitale as inactives for the Packers are:

For the 49ers, the only name of note that is inactive is running back Jeff Wilson, who had a 25-yard run against the Packers in the regular season. Also inactive for the No. 1 seed are: