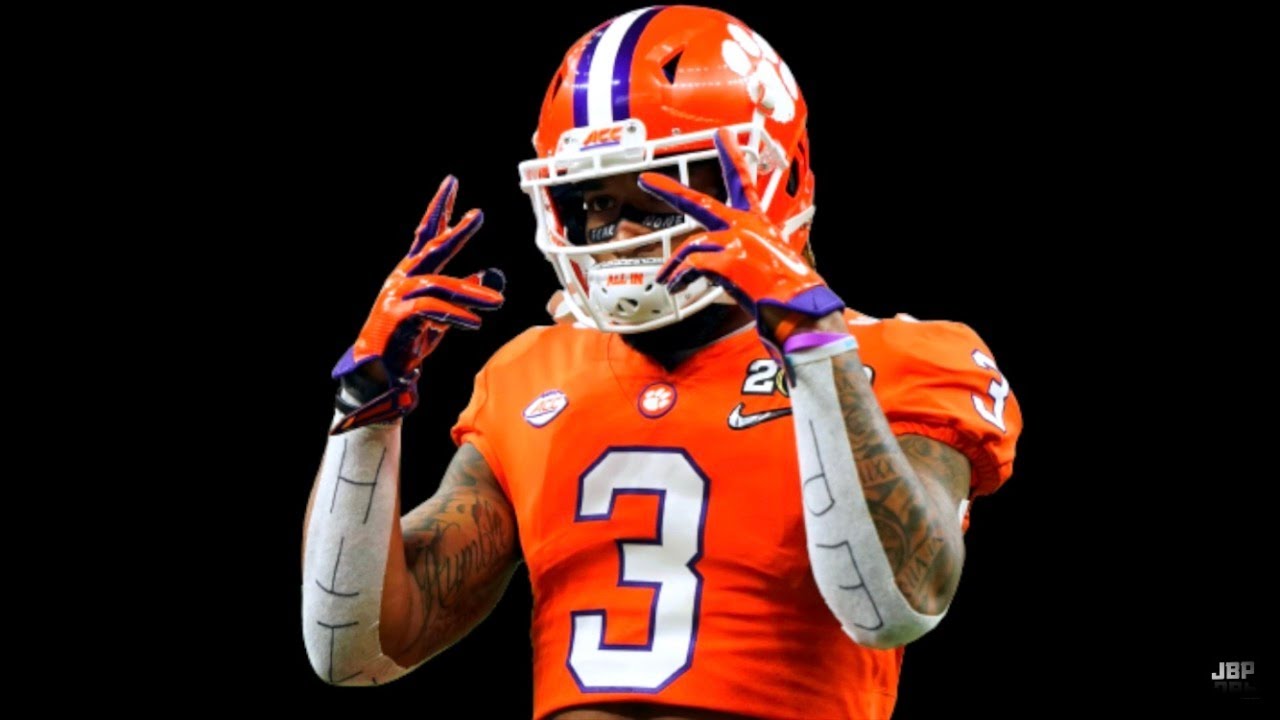 GREEN BAY - The Green Bay Packers traded up seven spots with the Tennessee Titans to pick Clemson wide receiver Amari Rodgers with the 85th overall selection in the third round of the NFL draft Friday. After fans and national media alike were clamoring for the Packers to draft a receiver, the team finally delivered, trading its 92nd and 135th picks to do so.

Receiver has been an area of need for the Packers the last few seasons, so Rodgers could be an instant contributor on offense. It was the first time Green Bay drafted a receiver in the first three rounds of the draft since choosing Ty Montgomery at No. 94 overall in 2015.

77 receptions in 2020 was eighth in single-season Clemson history

Will have an opportunity to compete with Marquez Valdes-Scantling and Allen Lazard for the No. 2 receiver job behind All-Pro Davante Adams. Profiles to be a slot receiver and possible return man on special teams.

On Amari Rodgers' versatility: "I think he fills so many holes for us and that's one of the reasons why we traded up for him. Not only as a punt returner, slot receiver."

On Rodgers' smaller stature: "He's short but he's not small. He's 212 pounds, when you see him and get a ball in him, he's not a small man he's just not tall. I do think he's a little different than some of the other slot guys across the league because he's built a little bit more like a running back."

On how badly he'd like to potentially catch passes from Aaron Rodgers: "Of course I want to catch passes from the reigning MVP, future Hall of Famer. I know for sure I'd love to have an opportunity to play for somebody like him on the field, also Davante (Adams) too."

NFL.com draft analyst Lance Zierlein: Compact slot target who thrived at Clemson with his ability to create chunk plays out of short catch-and-runs and take the top off defenses with his speed. Rodgers has a running back's stout lower body, providing power and balance to break tackles and rumble through contact with the ball in his hands. His ball skills are pretty good, but he can go from magnificent catch to focus drop in a single drive. Rodgers uses speed alterations inside the route and a sudden burst to top speed to create deep separation from coverage. He's not as effective at separating underneath against tight man coverage and will need to prove himself in that regard.

NFLDraftNetwork.com draft analyst Joe Marino: Amari Rodgers was a factor in 2018 and 2019 but saved his best for last as he hauled in 77 receptions for 1,020 yards and seven touchdowns during his final campaign at Clemson in 2020. The veteran of the receiving corps in 2020, Rodgers was the go-to guy for the Tigers’ offense during his last season. Rodgers is a slot receiver that is built like a running back. He thrived with manufactured touches and then using his physicality, burst, vision, and decisiveness to work after the catch. As his production increased as a senior, so did his role in the offense. 2020 saw Rodgers produce more down the field in addition to his work in the short to intermediate areas of the field. He has reliable hands, plays a physical brand of football, and is a good athlete. When it comes to identifying areas of growth for Rodgers, developing his route tree and finding more consistency when challenged at the catch point stand out. Rodgers lacks length and struggles to extend his catch radius which creates some limitations. Rodgers has a chance to be a featured slot receiver in the NFL for an offense predicated on timing.