What to know about Eric Stokes, Packers' first-round draft pick and Georgia cornerback 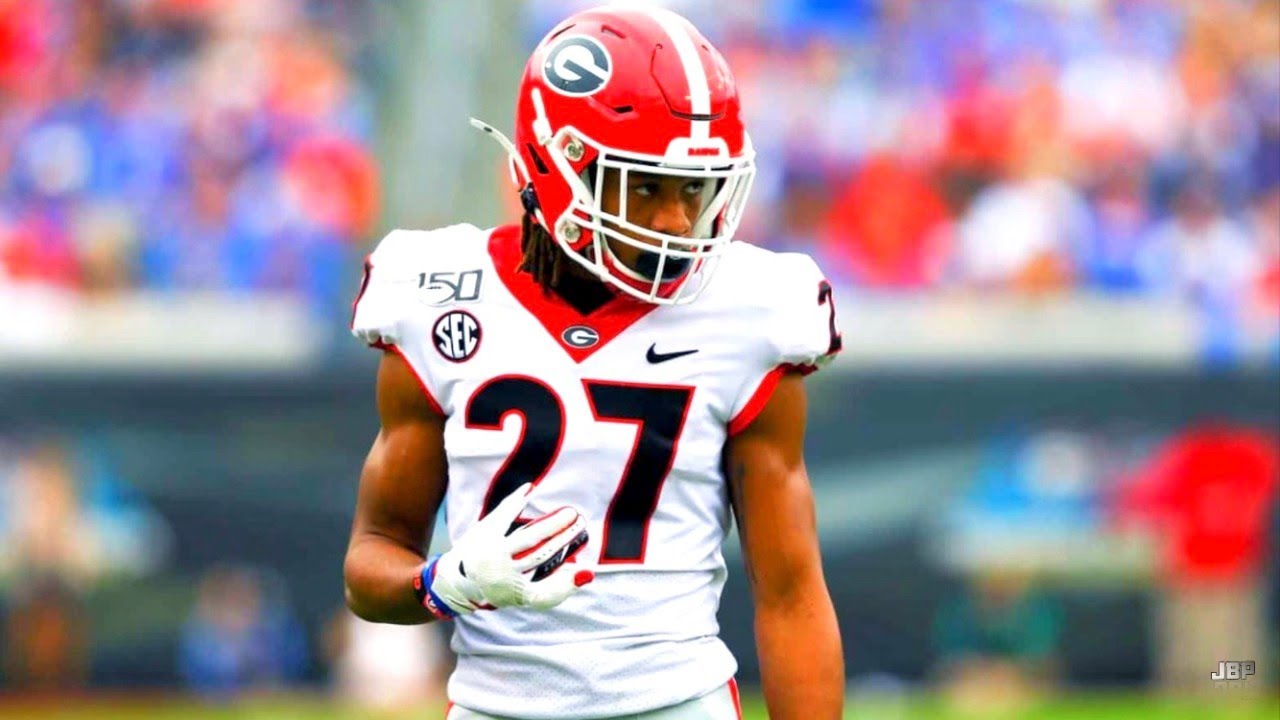 GREEN BAY - With the 29th overall selection in the first round of the 2021 NFL draft, the Green Bay Packers chose Georgia cornerback Eric Stokes. It's the third time in four years of they've taken a defensive back in the first round.

Cornerback figured to be an area of emphasis for the Green Bay Packers following the tough end to the season in the NFC championship against the eventual Super Bowl champion Tampa Bay Buccaneers. Even following the re-signing of Kevin King, it was apparent the Packers would need to reinforce the position.

Started all 10 games for Georgia at cornerback

Second in the SEC in interceptions

Will compete for the No. 3 corner behind All-Pro Jaire Alexander and King. If Stokes can show he's ready for the NFL he'll have the chance for plenty of playing time in nickel defenses.

On where he sees Stokes fitting in on the team: "I think as I looked at it, not only for this year but going forward in the future, I think we only have one corner under contract for next year so we certainly needed to add to that room. As we went through that process he was sticking out like a sore thumb on our board."

On what he sees in Stokes' game to how he improved as a junior: "He played a lot at Georgia from an early time there and steadily grew as a player. The things that really stick out about him, his explosiveness is off the charts. Strong, strong athlete."

On making more interceptions in his junior season: "It was something more like I got comfortable with cause last year was only like my fourth year playing corner. The first couple years I was more so worried about technique and scheme."

On how his game compares to Jaire Alexander: "I know for a fact he's greedy, he's hungry. He's going out there to fight for every scrap. He's not going to give up anything and that's how I look at myself."

Only allowed 3 touchdowns allowed in coverage in his career.

NFL.com draft analyst Lance Zierlein: Depending upon scheme, need or preference, Stokes offers teams the potential to play him outside or from the slot. Speed and quickness should allow him to stay with route runners or within close-out distance when he gets behind. Stokes played with better press technique in 2020 and he's willing to get physical near the goal line, but his play strength is below average. While there have been mild flashes of playmaking potential, he's more likely to play the receiver rather than attacking the football and looking for takeaways. He's twitchy in tight quarters with the potential to become more disruptive in zone. His size, speed and athleticism could make him a Day 2 pick as a future CB3, but his weakness as a run defender will be challenged quickly by NFL offenses.

TheDraftNetwork.com analyst Drae Harris: From 2019 to 2020, Eric Stokes has certainly improved at being more opportunistic with regards to securing turnovers. He can mirror from a press position, but he can afford to clean up his technique — particularly his eye discipline in man coverage and getting “grabby” at the top of the route. He has shown the ability to play in man or zone from a press and occasional off position, but he does not play to his high-level timed speed with his play. He's not a dynamic closer at the top of the route and lacks elite short-area, stop-and-start agility. His skill set may be best suited in a predominantly zone situation where he can play with vision and utilize his ball skills to make plays.