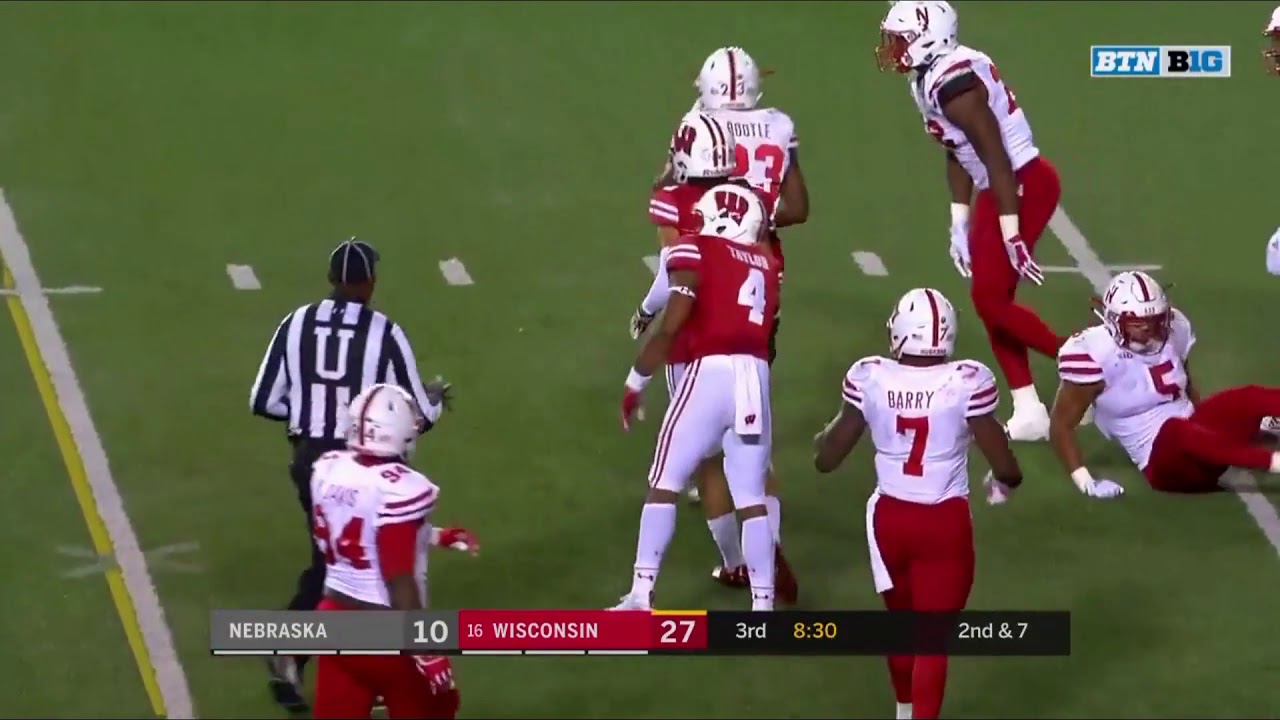 GREEN BAY - The Green Bay Packers looked into their own backyard for the 214th overall selection in the sixth round, taking former Bay Port High School and Wisconsin offensive lineman Cole Van Lanen.

The Packers clearly want to beef up their offensive front, with Van Lanen being the third lineman picked among the team's first seven selections. It's also just a cool story line, with a player who grew up not far from Lambeau Field and also starred at the state's Division 1 football team.

As a sophomore at UW in 2018, Van Lanen was the highest-rated offensive tackle (90.4) by Pro Football Focus.

Van Lanen made 19 starts at left tackle for the Badgers. Some NFL teams might consider him more suited to guard, but the Packers prize versatility among their offensive linemen so Van Lanen can fill in wherever he's needed.

On getting the call from the Packers: "This one came up as 'spam likely' on my phone. I saw it was a Green Bay number and answered it. I wasn't expecting it to be (Packers GM Brian) Gutekunst and (head coach) Matt LaFleur. And I just couldn't believe it. They said 'How would you like to be a Packer?' and I was just absolutely stoked."

What he can bring to offensive line: "I think I have raw power coming off the ball in the run game. I do really well in gap-power schemes, zone schemes."

On watching Packers left tackle David Bakhtiari: "I watch him every snap, every game. He's kind of like a role model in the o-line world for me because of the way he plays."

Van Lanen was teammates at Bay Port and Wisconsin with Alec Ingold, who plays fullback with the Las Vegas Raiders

He won discus and shot put titles at the 2015 WIAA Division 1 state track and field meet as a junior. Thomas Van Lanen, Cole's father, won the same events in Division 2 in 1994.

Van Lanen's family lives in Suamico, and he said their house is 10-15 minutes from Lambeau Field.

NFL.com draft analyst Lance Zierlein: College tackle with debilitating length and a lack of athleticism in pass protection that will force a move to guard. Van Lanen is more angular and upright than wide and balanced in his play. When he's allowed to come off the ball as a drive blocker, he shows some potential to generate push. And he already has the hand placement to help make a transition to guard a little easier. He's made for power schemes where he can pull, locate and land to help spring the running game. The short arms and narrow power zone will make both block sustains in the run game and mirroring in pass protection a difficult task in the pros, but he has enough working for him to compete for a backup guard spot.

NFLDraftNetwork.com draft analyst Kyle Crabbs: Van Lanen is an absolute load coming off the snap. He's got natural power for days thanks to his foot drive and mass, once he's able to create any level of forward push, he's consistent in his efforts to continue to balloon the point of attack. Really enjoyable to watch him in gap/power concepts to continue pushing pace and collapsing defenders off of the football — he's going to be a natural in the run game at the next level. His frame has enveloped defenders completely and he pairs that push and power with good tenacity as a blocker to stay sticky. I like his general mobility, he's not the most graceful but generally speaking he's effective in space to get the job done. Reach and wingspan aren't something that flashes as a great asset of his — but it's compounded by his foot speed in his pass sets. He's much more nimble when he's working forward versus when he's tasked with taking vertical sets. He'll overextend himself a bit on quick sets open the door for defenders to force a missed punch and catch him leaning. There's some visible stiffness in his hips