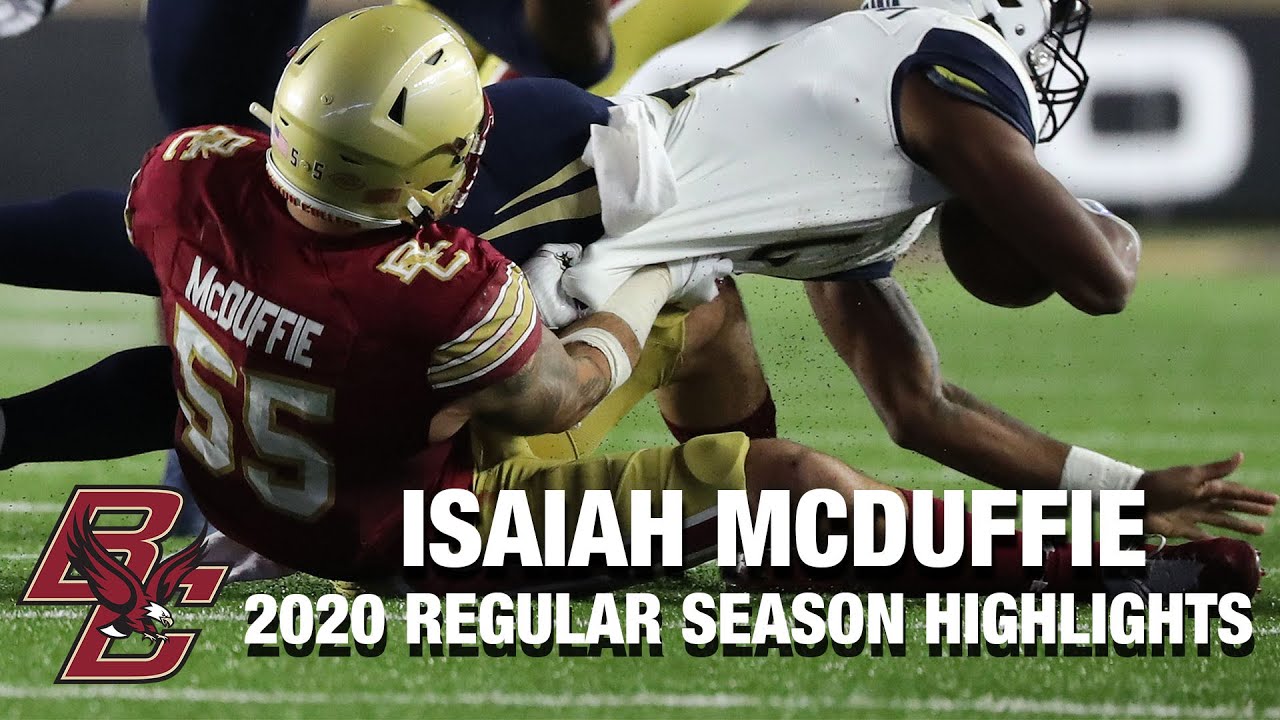 McDuffie has the type of speed and athleticism to make an impact as he grows into his career as a pro at inside linebacker.

McDuffie will provide depth at an area of need for the Packers at inside linebacker while likely getting a look on special teams, where he can use his speed and athleticism to his advantage.

McDuffie met the local media via conference call Saturday. Here are some highlights.

On what former college teammate AJ Dillon told him about Green Bay: "He always told me after he got drafted the Packers are a great place, a great franchise, historic. Very great people from the top down. Me getting drafted here just feels great."

On growing up with his father as his high school coach: "It was great, my dad is my biggest critic but my biggest fan. He was my high school coach so I never got it easy, he set the tone for me but at the end of the day I wouldn't be here without him. It was just a great experience and I wouldn't trade it for the world."

NFL.com draft analyst Lance Zierlein: McDuffie plays with a palpable energy and rarely gears down until the whistle blows. He's undersized, but is at his best playing inside. That's where his recognition talent and instincts take over and allow him to race to run lanes ahead of the block. He pursues with leverage but has the burst to accelerate and attack when it's time to finish. His full-tilt playing style will lead to occasional issues with pursuit angles and being out of balance as a tackler, though. He's feisty but takes time to free himself from blockers and was ineffective when asked to drop into coverage. He has the ability to become a quality backup with core special teams value.

TheDraftNetwork.com draft analyst Joe Marino: A high school running back and linebacker, Isaiah McDuffie initially played safety at Boston College before transitioning and settling into the linebacker position where he started for 2.5 seasons. McDuffie’s best year came in 2018 and he never built on that season. When studying McDuffie on film, it’s easy to notice his functional athleticism, quickness, fluidity, and urgency. He’s a good athlete that is hard-charging in pursuit and plays with the game with great enthusiasm. McDuffie is an excellent tackler that aims low, wraps, and rarely comes up empty. From a physical traits perspective, he has the ability to play in space and coverage. With that said, McDuffie has to become a better processor. While he makes quick reads, they are often incorrect. Compounding matters is that he often plays the game through a straw and struggles to get off blocks. McDuffie has many of the characteristics of a matchup linebacker in a 4-3 defense where he can cover, play in space, and pursue, but he has a long way to go in terms of play diagnosing and processing. McDuffie was a steady presence on special teams at Boston College and that is probably his best chance of sticking at the next level to give him a chance to develop as a linebacker.