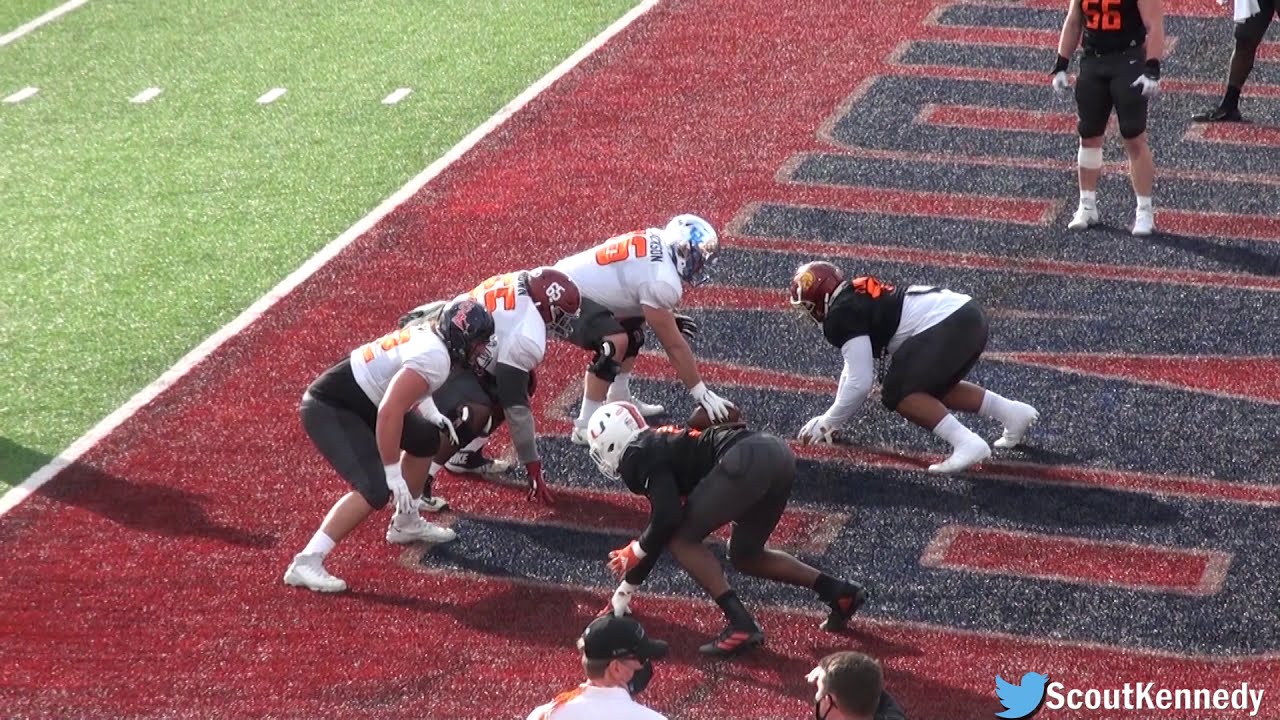 GREEN BAY - With the 142nd overall selection in the fourth round of the 2021 draft via a compensatory pick, the Green Bay Packers selected Ole Miss guard Royce Newman. It was the first of six picks the Packers are slotted to make Saturday.

Newman figures to provide more depth along the offensive line as the 24-year-old has experience at both guard and tackle and was a two-year starter.

Played in 42 games in career at Ole Miss

Newman won't be expected to start but will provide possible depth at four positions along the offensive line.

In a conference call, Packers Co-Director of Player Personnel Jon-Eric Sullivan spoke about the fourth-round pick:

On Newman's versatility: "He's a smart kid, he's bright. So that allows him mentally to move up and down the line of scrimmage....we think he can play winning football at guard, at tackle. He could probably even kick inside to center if that was needed."

On Newman's age: "We think he'll be viable for a while. He's a pretty durable kid there. I'll be honest, I don't think it factored in one way or another. He's certainly still a young man, we don't think he's heading off the cliff anytime soon."

Newman met the local media via conference call Saturday. Here are some highlights.

On being a high school tight end to becoming alineman in the SEC: "I'd catch balls all the time but had a frame for a lineman, a lot of teams recruited me as a lineman so I knew that coming in."

On competition with sixth offensive lineman drafted last two years: "Just keep working hard and keep practicing, take the advantage of the opportunity the Packers have given me."

Starting experience at guard and tackle

NFL.com draft analyst Lance Zierlein: Has the ability and experience to be considered at guard or tackle. Hand placement and technique as a run blocker are generally good. He has the athleticism to handle stretch plays and long pulls effectively. He can redirect his weight and adjust to moving targets as a second-level guard (2019) and showed improvement in his pass protection fundamentals in 2020. Newman stays connected and sustains blocks, but will struggle against strong two-gappers inside. He looks like a Day 3 prospect, but his position versatility and movement skills could give him a leg up in future roster battles.

TheDraftNetwork.com draft analyst Drae Harris: Royce Newman demonstrates some athleticism on the edge in his body control and agility. In the run game, he is more of a positional blocker than a vertical mover. He doesn't play with good in-line power, but has value in his versatility and movement skills. In the passing game, he demonstrates good footwork in his pass set. He lacks good power in his punch but demonstrates the lateral agility that affords him upside if moved inside to guard.