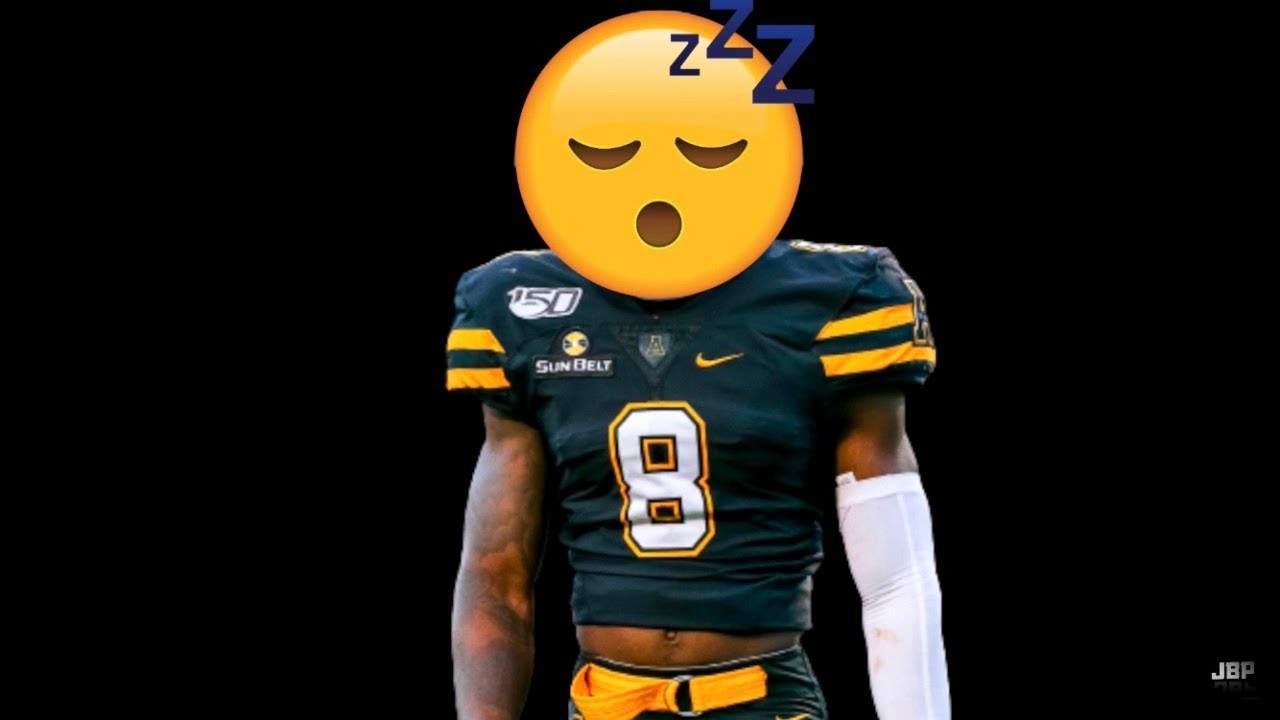 GREEN BAY – With the 178th overall pick in the fifth round of the 2021 NFL draft, the Green Bay Packers chose Appalachian State cornerback Shemar Jean-Charles. It was the second cornerback drafted by the Packers, who chose Eric Stokes in the first round on Thursday.

The Packers need more bodies at cornerback, as evidenced by drafting Stokes in the first round at No. 29, so Jean-Charles will provide depth. As a small-school prospect, Jean-Charles made a name for himself as a semifinalist for the Bednarik Award and Thorpe Award, given to the nation's top defender and defensive back, respectively.

Jean-Charles figures to profile as a slot corner in the NFL and could make an immediate impact on special teams.

Jean-Charles met the local media via conference call Saturday. Here are some highlights.

On what he brings to the Packers: "I guarantee the Packers are going to get everything out of me. I'm a blue-collar guy, nothing pretty about my game but you know I play hard, with a lot of heart."

On where he fits position-wise: "Coming from (Appalachian State) there's a lot of blue-collar guys, a lot of under-recruited out of high school...we have starters who play special teams so I have experience playing everything. I feel comfortable playing inside and out. I have confidence in my abilities."

NFL.com draft analyst Lance Zierlein: Boundary corner who stays in the receiver's business all day long. He's a little undersized to be taking on big NFL wideouts, but he's a feisty cover man with good foot agility and short-area quickness and his coverage movement is fairly fluid. He's going to lose some battles due to his lack of size and length, but he plays with route recognition and ball timing to make finishing catches a contested effort. He's a little below average in run support, which could be exploited. He's better in man coverage, but capable in zone, as well, and should find work as a quality backup with CB4/5 potential.

TheDraftNetwork.com draft analyst Jordan Reid: Prior to starting over the final two seasons of his career at Appalachian State, Shemar Jean-Charles mostly served as a special teams ace. Following that point, he quickly transitioned into being one of the better players on the roster. Possessing a rocked-up top half, he’s an impressively put together corner prospect. Playing mostly on the outside, he was able to collect 26 passes defensed and two interceptions over the past two seasons combined. He's a physical corner out on the perimeter, but his lack of length could lead to him playing a nickel role on the next level. There is some hip tightness with Jean-Charles, which could make his transition inside result in some growing pains early on. But as he continues to become more comfortable, he’s a developmental player that could prove to be solid depth at the position.