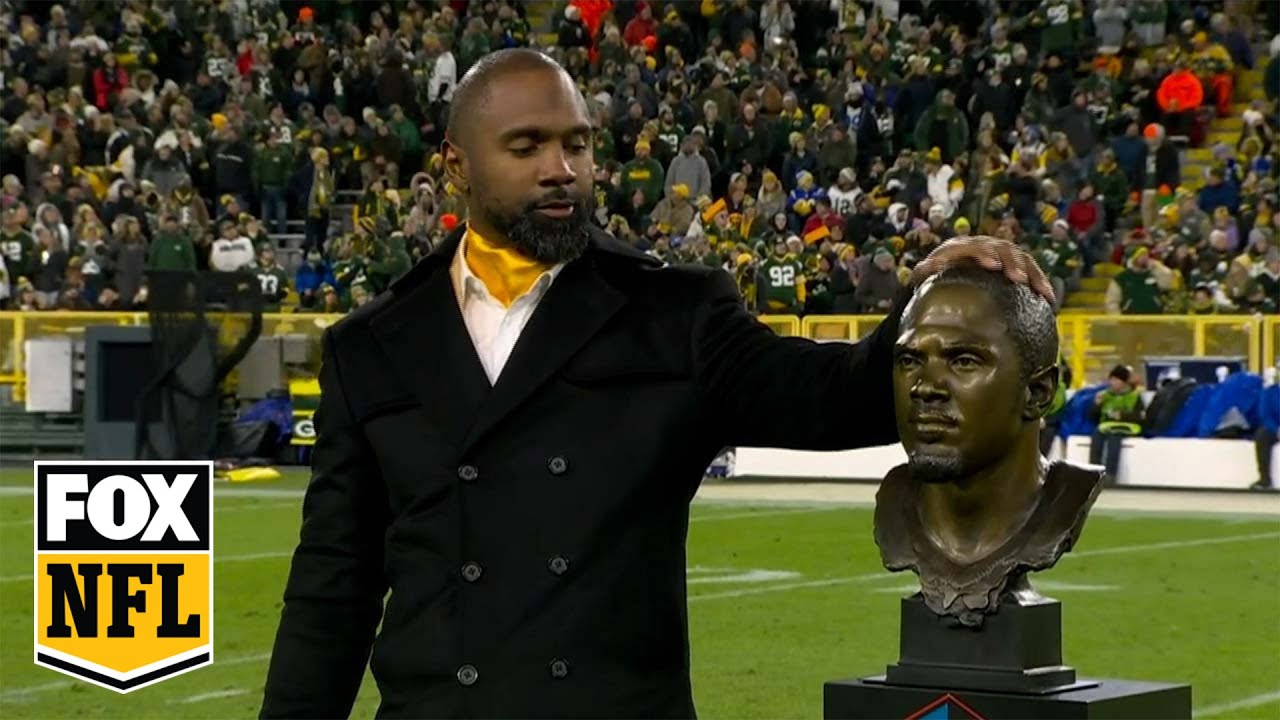 It was Charles Woodson Day Sunday in Green Bay and then shortly after the Packers legend was honored at halftime, Rasul Douglas gave everyone at Lambeau Field his best impersonation of the Hall of Famer.

Woodson, who was inducted into the Pro Football Hall of Fame this summer, has his name in franchise lore after his name and the years he spent with the team (2006-12) were unveiled on the southeast end of Lambeau Field during a ceremony Sunday in which he received his Hall of Fame ring.

The former defensive star kissed the ring and raised his fist to the cheering Packers fans.

His Hall of Fame bust was by his side.

Then in the third quarter, Douglas intercepted Rams quarterback Matthew Stafford and returned it for a touchdown, something Woodson did quite often during his 18-year career. Douglas even high-stepped into the end zone, which resembled Woodson.

Douglas' touchdown put the Packers up 36-17.

Douglas did a Lambeau Leap, just as Woodson did after the ring ceremony, showing fans that at 45 years old, he still has a lot of pep in his step.

Woodson played seven years with the Packers and was instrumental in the team's Super Bowl season in 2010.

"The most important thing that we did with my time here, is we brought the Lombardi Trophy back to Green Bay," Woodson said during the halftime Ring of Excellence ceremony.

Woodson thanked former Packers general manager Ted Thompson as well as Reggie McKenzie and Alonzo Highsmith, who both then worked in the personnel department, for signing him in 2006 when his career was at a crossroads after eight seasons in Oakland.

"I actually thought about retiring," Woodson admitted. "I didn't know where my career was going to go at that time and I thought about hanging it up right then. But guess what Packers fans, I didn't retire. I played here seven years and guess what? Now, I'll be here forever."

More:Randall Cobb has his best receiving day of season and then leaves game with a groin injury

Woodson was the NFL's Defensive Player of the Year during the 2009 season. He led the NFL in interceptions that year (nine) as he did again in 2011 (seven). He was voted to the NFL's All-Decade Team for the 2000s.

Woodson holds franchise records for the most touchdowns on interceptions (nine) and the most defensive touchdowns (10).

Woodson played his final three years of his career with the Raiders. He retired after the 2015 season.

The ceremony continues a big weekend for Woodson.

He witnessed his Michigan Wolverines (Woodson won the Heisman Trophy there in 1997) defeat rival Ohio State on Saturday for the first time since 2011 and clinch a spot in next week's Big Ten title game.

More:AJ Dillon didn't have eye-popping stats vs. the Rams but the running back showed his immense value to the Packers with a strong performance

Dougherty Column:The Green Bay Packers get 'important' win over the Rams as they head into a much-needed bye week looking to get healthy for the stretch run