Welcome, AJ Dillon, to the Green Bay Packers' Big & Tall, Squat Squad. You will be appreciated in Wisconsin 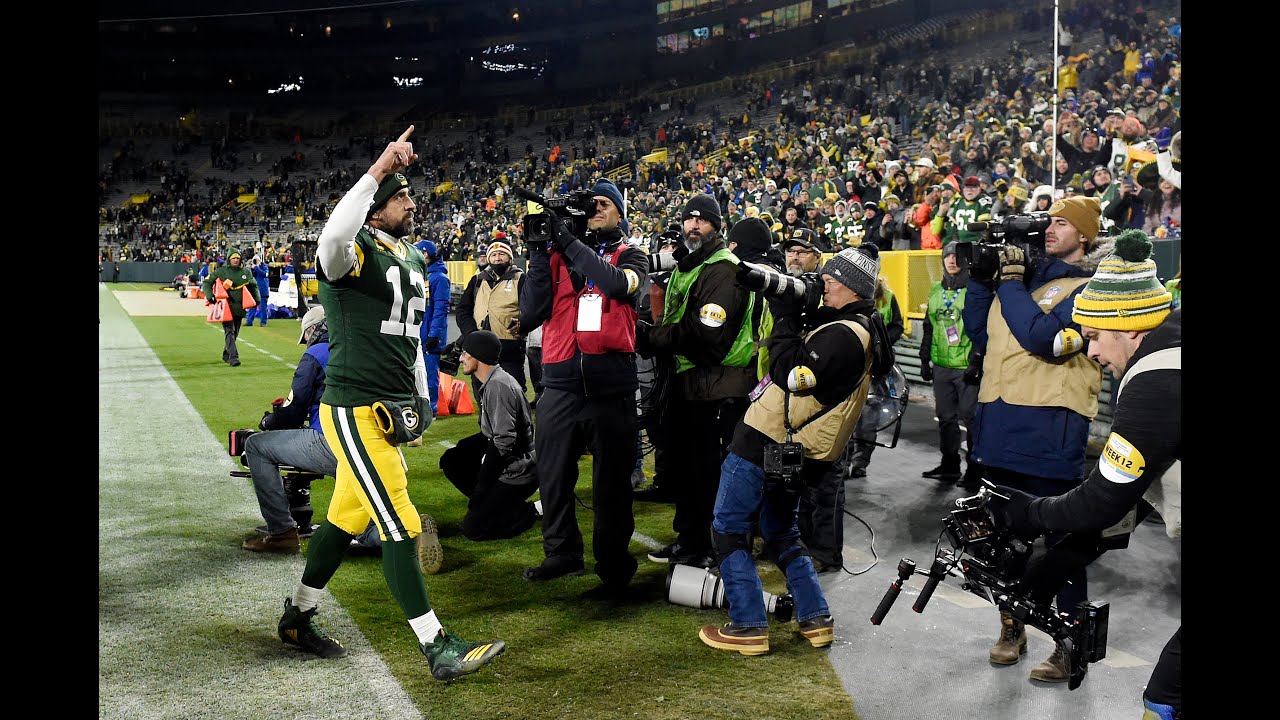 GREEN BAY - Wisconsin sports fans have had a special affinity for the Big & Tall contingent out of Green Bay.

It began, it seems, with Packers nose tackle Gilbert Brown in the 1990s and extended through the 2011 Super Bowl championship with B.J. Raji anchoring a 1,017-pound defensive line in a special 3-4 defense.

We proudly acknowledged how good of an all-round athlete offensive tackle and state-raised Mark Tauscher was well before Brett Favre noticed, and we appreciated the round-house kick that running back Eddie Lacy delivered to opposing defensive backs.

There’s something about having built-in layers to endure Wisconsin’s winter wrath that make us the rulers of Midwest tough.

And so it is with no surprise that 23-year-old running back AJ Dillon has become the Bobby Portis of the great Frozen North, the people’s champion of the gridiron and griddle.

Dillon, listed at 6-foot and 247 pounds, calls one leg Quadzilla and the other The Quadfather, crushes watermelons (!) with his thighs and is inspiring “leg day” in fitness gyms.

More:AJ Dillon didn't have eye-popping stats vs. the Rams, but the running back showed his immense value to the Packers with a strong performance

That has long been the formula for success in Green Bay. You need big, strong, ball-secure backs to win in December. Wisconsin’s notorious snow and sleet, wind and chill can turn the passing game into a bigger gamble than most offensive coordinators want to bet their paychecks on. So for years and years, when the daylight diminished and winter weather settled, Green Bay counted on the likes of “The Horse” Dorsey Levens (6-1, 230) and lean Ahman Green to be the engine to drive the offense.

It’s just logical, and safe, in a snowstorm, to take the train rather than fly.

Only once, back in the early to middle part of Aaron Rodgers’ career, did Green Bay have guys who honestly said they’d rather play playoff games in January on the road. It was an anomaly, as short sleeves have sent a message for decades.

But the truth is Green Bay’s offensive identity has been the passing game for a long time. The running game has been complementary to the MVP legends at quarterback in Green Bay, and that has been true in the NFL in general.

This is also true, however: The Packers have had numerous 1,000-yard rushers in the Favre-Rodgers era — from Edgar Bennett to Ryan Grant to Aaron Jones — and too many reliable complementary third-down backs to count.

Without the indestructible running back, Green Bay’s air offense would stall out.

That's why Dillon is appreciated.

“We have guys getting more and more experience. Twenty-eight — can’t say enough about him and what he means,” receiver Davante Adams said about Dillon on Sunday after the Packers beat the Los Angeles Rams, 36-28. “Whether it’s a 100-yard gain or — I don’t even know what he rushed for, 60, 70 yards? — he’s so electric and explosive.

"Him coming in there on third and 1, third and 2, just knowing you can hand that ball off there, you don’t have to pass in those situations. It keeps the defense guessing. I get out there wide, and they have to respect the run.”

It helps that the Packers have two backs to play whatever role is needed. It’s not new in Green Bay — running backs here are expected to pick up the blitz or help block for receivers. They have to play fullback too sometimes. A running back who defines himself a success only by his rushing stats may not always find the work fulfilling.

But there has to be a balance between selflessness and competitiveness.

“It’s a good thing when the back wants the ball or the receiver wants the ball,” said Adams, an eight-year veteran. “It shows the confidence that they have. Obviously, you’ve got to work your way up to making certain demands or talking a certain way. There’s nobody on this offense that doesn’t have the team-first mentality. You never have to worry about that.”

The question is, do the Packers still need a strong run game to win in December and January? Rodgers' accuracy and adaptability might have neutralized that need somewhat.

“We got some more home games down the stretch and these are the type of winter games where we can effectively throw the football and we have controlled the clock for almost 40 minutes,” Rodgers said.

Coach Matt LaFleur said every NFL team wants great backs because they can cover up some of the stuff that doesn’t go perfectly.

And so there’s Jones, who can use the bye week to continue to recover from a knee injury, and Dillon, whose sturdy genetically gifted base may help lighten the load in upcoming games.

Two weeks ago against Seattle, LaFleur said it was good to win games in different ways, with different strengths and strategies.

That applies to personnel too.

Blessings to Jones, who two years ago cut out candy from his diet and leaned out to a stunning 5.3% body fat.

But around here we appreciate Dillon as the latest member of the Squat Squad, a load at the line of scrimmage.

“He don’t say much, he just gets the job done," Adams said. "He’s a lot like Aaron Jones in that way, super humble guy. You won’t hear him talk much — unless it’s about Door County.

“He loves playing football and it's no secret, guys don’t want to tackle him when it’s cold like that. You’ve got a 250-pound frame of just pure muscle and 3% body fat. He makes it tough.

"He kind of reminds me of Eddie a little bit, just how guys (from opposing defenses) wouldn’t go up to him the same way. He literally steam-rollers over dudes because their mentality changes a little when it’s cold — and then they see who it is.

“You don’t really have a chance.”