Packers' Kuhn: We were a great team

Packers' Kuhn: We were a great team 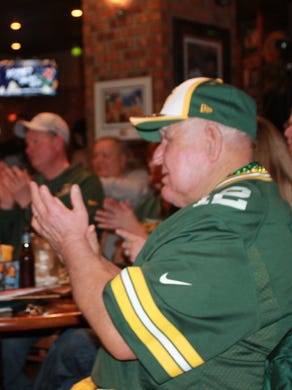 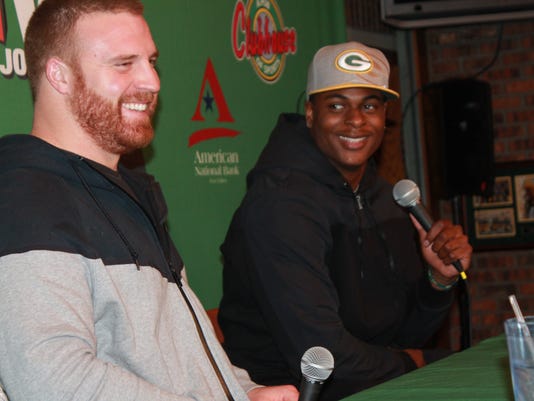 Among the topics they touched on were losing the NFC title to Seattle, onside kicks, being a rookie and the 2014 season. The show can be seen live at The Clubhouse Sports Pub & Grill in downtown Appleton or at clubhouselive.com.

Here are select answers from the interview:

Q: Has the shock of Sunday's setback worn off at all? Where are you emotionally right now?

Kuhn: You know, I think it has actually gotten worse since I got home and woke up (Monday). The good news is, we all woke up because we all felt like going to bed (Sunday) night, and that was it — we weren't going to wake up in the morning. The good news is, it's a new day. You've got to get over it. We went in and had our exit physicals, interviews — just talked it over — and that was just hard. Guys walking through the locker room, it was dead silent. There wasn't any music on. Guys weren't dancing. Guys weren't rapping or beat boxing like Eddie (Lacy). It was just a really, really tough day.

Q: Tight end Brandon Bostick failed to secure the ball on Seattle's onside kick attempt late in the game, which resulted in the Seahawks getting the ball back and then scoring the go-ahead touchdown with 1:25 remaining in regulation. You were on the field at the time, and Bostick has since taken a lot of heat for that play. Have you had a chance to talk to him about it, and what did you say?

Kuhn: Yeah, I talked to him immediately on the field, and I said, 'Just stick with us. Stick with us. There's more time to be had. You never know when you have a chance to go out and redeem yourself and make a big play.' And then I talked to him in the locker room when I could see he was really upset, and I told him, 'Hey, be strong. Be a man right now because it's going to be tough for a little bit.' And then I saw him on the plane, and I just told him, 'Hey, I care about you man. I love you. Keep your head up. We'll get through this together.'

Q: Assess your rookie season. What will you take away from it that you can use as you transition to your second season and beyond?

Adams: More than anything, just really seizing every moment and every opportunity. Whether it's play time, whether it's a specific play out there or it's a situation like possibly playing in the Super Bowl your rookie year, things don't always work out perfectly. So you just have to take advantage and just give everything you have at all times because you're always being assessed. Everybody's a pro out there, so either somebody's coming for your job, or somebody's coming for your title. You've really got to give everything you've got every time you step out there.

Q: While Sunday's loss will sting for a while, can you still reflect on the good things that were accomplished this season? How will you look back on the 2014 Green Bay Packers in the days, weeks, months and years ahead?

Kuhn: Honestly, in my 10 years in the NFL, this is definitely the closest team I've ever been a part of. Offensive to defensive. The cohesiveness. The fact that everybody could walk up and approach everybody. It's not always the case within a locker room. Nobody was out of reach of the next guy. Everybody was there and in it together with the same goal and cause in mind. We were a great team. We were a really, really talented football team, and we just did not get the job done (Sunday), which is so disappointing for every single one of us.