Packers RB Ty Montgomery 'itching to get back out there'

Packers RB Ty Montgomery 'itching to get back out there'

Brett Christopherson and Ricardo Arguello are ready for another season of Clubhouse Live. 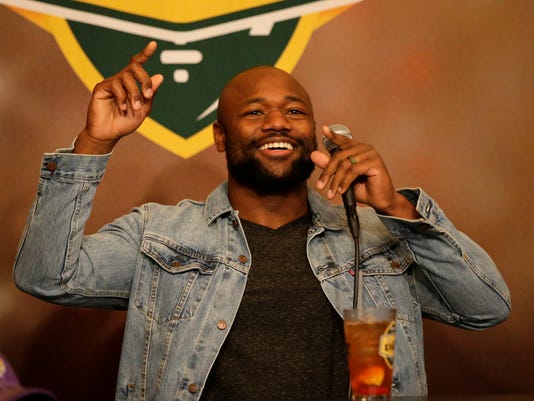 Among the topics they touched on were injuries, the running of Aaron Jones and the play of Lane Taylor. The show can be seen live at The Clubhouse Sports Pub & Grill in downtown Appleton or at clubhouselive.com.

Here are select and edited answers from the interview:

Q: How are the ribs healing? And when can we expect you back on the field?

Montgomery: I can't really say exactly when (I'll return), but I am feeling better than last week. So we'll see what happens, but I'm itching to get back out there.

Q: What will the indicator be that will allow for your green light to return to action? Safety? Pain tolerance?

Montgomery: I guess a combination of both and being on the same page with the medical team. But really, at the end of the day, it's left up to God and the plans He has for me.

Q: Rookie running back Aaron Jones, who stepped up big in rushing for 125 yards and a touchdown in Sunday's victory over the Cowboys, said you had this message for him before the game: "Nobody plays a perfect game. If you make a mistake, make it fast." Explain.

Montgomery: I just feel like that's a good thing to do in life - just in general. But really, on the football field, you're not going to play a perfect game. Every decision you make isn't going to be the right decision or the perfect decision. But whatever you do, do it fast on the football field. Sometimes, you can run the wrong route, make the wrong decision and then you still end up making the play because you did it faster and better than your opponent.

What was funny is there was actually a play that (Jones) made where he came back to the sideline and he was like, 'It's funny, because I actually did the wrong thing on that play. But I did it fast, and I still made the play.' 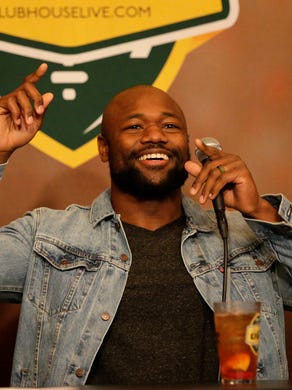 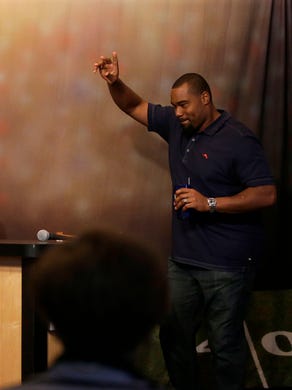 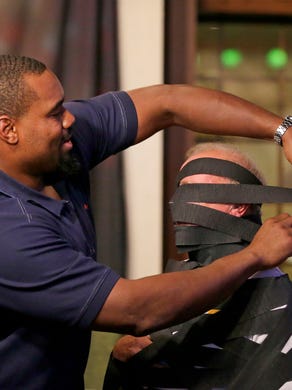 Q: You played left tackle in college at the NCAA Division II level. Explain how impressive it is has been for Lane Taylor in moving from left guard to left tackle at the NFL level.

Evans: It's amazing. The adversity we've been able to face and to come out on top up front is amazing. And the work ethic the guys put in. The trust, the preparation, the coaches preparing us. (Offensive line) Coach (James) Campen, he's a great coach. This is my 12th year (in the NFL), and the drills that we've done, I've never done before. They are drills that help you when you're in the game, in certain situations. And I think because he was a player, he understands that. So the way we prepare, it shows out there. And I told Lane when he first started at left tackle the first game, you put that practice film on there - even though we were on a short week - everybody was moving fast, his feet were crisp and he looked comfortable. And he took that to the field, and he did the same thing this week.

So the thing that he has been able to do, Justin (McCray), "Murph" (Kyle Murphy) and those guys filling in those spots has been excellent. And coaches have put in a good game plan to make sure that we're successful early.