Mike McCarthy wants a greater role overseeing the Green Bay Packers' defense and especially special teams. That's the nub of his recent decision to give up play calling.

McCarthy minimized the role of game management in the call, though it's hard not to conclude that blowing a 12-point lead with the ball and only five minutes to play in the NFC championship game weighed into it as well. Game planning, game management. The issues overlap anyway.

At his press conference Thursday to announce the coaching changes, McCarthy said that even general manager Ted Thompson and team president Mark Murphy were taken aback when he informed them of his plans to hand over play calling to assistant Tom Clements.

But the coach said several times Thursday that he thinks he can have a greater impact by relinquishing that critical though time consuming role, and instead spending as much time working with the defense and special teams as he does with the offense.

"I know I have a lot more to offer to our football team," McCarthy said.

Has McCarthy made the right call? No way to know until the season. But this is a big change, and McCarthy didn't soft-peddle that.

"This is something I've given a lot of thought, and it's something that's a big decision that's taken years to make," he said.

My gut feeling is it's probably a good idea, but that's just a guess. Game planning and management are such big jobs, fewer and fewer head coaches are calling plays in the NFL.

But as Thompson's and Murphy's responses suggested – according to McCarthy, they said, "Whoa, you're really going to give up play calling?" – the move comes with significant risk. McCarthy's record says that at minimum he's a good play caller, and probably better.

In his nine seasons as coach, the Packers' offense has finished in the top five in scoring six times, including first twice, and was out of the top 10 only once, at No. 22 in 2006, his first season. Thompson hired him in large part because of his abilities running offenses and developing quarterbacks, and removing himself further from that role takes away his greatest strength.

I also think back to when Mike Holmgren left the Packers in 1999, and new coach Ray Rhodes promoted Sherman Lewis to play caller – Lewis had been coordinator under Holmgren, but Holmgren had called plays. I assumed the offense would roll on, but it never had the rhythm of Holmgren's offense, and the drop-off was big in Lewis' and Rhodes' one season.

Rich Gannon, whom McCarthy helped develop as a quarterback with the Kansas City Chiefs from 1995-98, said he also was "shocked" when he first heard McCarthy was giving up play calling.

"It takes a man of real conviction and some nerve to do it," Gannon said, "because he's a really, really good play caller. One of the best in the business."

McCarthy was willing to make the change for two main reasons: His long experience with Clements, and the growth of quarterback Aaron Rodgers into a de facto coach on the field.

"This change and the confidence I have in Tom and Aaron, I feel great about it and we'll be better for it," McCarthy said.

So much of the success or failure of the move will depend on Clements' acumen as a play caller and working relationship with Rodgers after working in McCarthy's offense for nine years. Clements has been Rodgers' position coach (2006-11) and offensive coordinator ('12-14) for all but the quarterback's first season in the NFL. Even as coordinator, Clements attended all quarterbacks meetings and will continue to do so in his new job as associate head coach/offense.

"The fit with Aaron is of the highest priority," McCarthy said, "and that's why I thought this was the right decision."

Said Clements: "(Rodgers and I) have gotten to know each other. We know how we work and know how to affect each other positively. It's been a long-term relationship. It's been good."

Clements also has been a play caller. As a quarterback in the CFL for 12 years he called his own plays – he said that was common in that league in the 1970s and '80s. He also called plays as the Buffalo Bills' offensive coordinator in 2004 and '05. And he's called plays in some preseason games with the Packers. 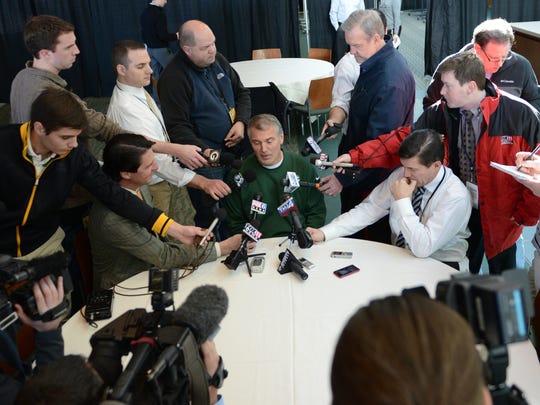 "I think Mike and I, along with the other guys on the staff, see the game the same way," Clements said.

Clements will have a primary role in setting the game plan but will no longer have the daily time-consuming duties of an offensive coordinator, such as scripting plays for practice each day and conducting meetings when the offense gets together as a group. Bennett takes those over.

The play caller, on the other hand, spends much of each week studying defensive personnel and his opposing coordinator. Like McCarthy before him, Clements will be looking for strengths and weaknesses of players, and also will spend significant time studying opponent play-calling tendencies based on down and distance, field position, and what's happened the previous play, such as a big gainer or sack.

"I'll just have more time to watch more film and focus on getting ready to try to call the game," Clements said.

"I think I have a lot more to offer," he said. "I've enjoyed these last two days going through the (video game) cut-ups with the defensive assistants, the staff, giving the offense perspective the whole time. There's a vision each and every year that you give to your defense, your special teams and your offense.

"Now to be a lot more directly involved with the implementation of the defensive schemes, the evaluation of those schemes and then obviously the in-season coaching, I'm looking forward to that." 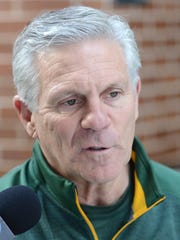 Maybe just having the head coach in the meeting room every day will get the players' attention.

"That culture's going to change in there, I promise you that," McCarthy said.

Judging the role the loss to Seattle in the NFC championship game played in McCarthy's decision takes more speculation and reading between the lines. McCarthy for several years has said that he'd relinquish play calling if it would help the team, so the notion isn't completely out of the blue to his thinking.

But it's almost a given that the special-teams failures against Seattle – Seattle's fake field goal for a touchdown, and Brandon Bostick's botched onside kick recovery – were a factor, regardless of what McCarthy says. He surely has to wonder what might have gone differently had he been more involved in those calls, or had been looking bigger picture when the Packers were trying to kill the clock in the final minutes of that game, and Seahawks' cornerback Richard Sherman was playing one-armed because of an elbow injury.

"Game management, really the long term was part of (the decision) but not in the short term," McCarthy said. "Our game-plan management I think is outstanding."

Mostly, though, the moves say that McCarthy thinks his offensive system and thinking are deeply enough ingrained in his coaching staff and Rodgers after nine years that he can give up micro-control to have more input with the rest of the team.