The Green Bay Packers aren’t yet well. But they are very much alive.

The Green Bay Packers aren’t yet well. But they are very much alive.

Their find-a-way overtime win over the Tampa Bay Buccaneers on Sunday, while hardly a work of art, keeps them in the thick of the playoff race with Aaron Rodgers’ return from a broken collarbone possibly only one more game away.

Think about that. Just a couple weeks ago, the Packers left you wondering whether they’d even finish .500 after Baltimore had shut out coach Mike McCarthy and backup quarterback Brett Hundley at Lambeau Field.

But now, if Hundley can find a way to beat winless Cleveland next week and Rodgers is cleared for action the week after — and both are, at minimum, realistic possibilities — the Packers will have a puncher’s chance of playing into January.

INSIDER: Thumbs up to pass rush, down to pass game

Their cause gained a boost when three of the four teams ahead of them in the battle for the NFC’s two wild-card spots lost Sunday: Detroit (6-6) to Baltimore, Atlanta (7-5) to Minnesota, and Carolina (8-4) to New Orleans.

The other, Seattle (8-4), beat Philadelphia on Sunday night.

Atlanta is among the Packers’ biggest concerns because the Falcons beat them in Week 2 and thus win any head-to-head tiebreaker. But the Falcons now have to go 3-1 in their last four games to get to 10 wins against a tough schedule that includes two games against the Saints (9-3) and one against Carolina.

Carolina, too, has a tough road, including games against the Vikings (10-2) and Atlanta, as well as a big matchup with the Packers (and possibly Rodgers) in two weeks.

As for the Seahawks, they're now only two wins from 10. But the Packers beat them in Week 1, so they hold the head-to-head tiebreaker, and two of the Seattle's final four games are against Jacksonville (8-4) and the Los Angeles Rams (9-3).

Of course, the Packers have to win out to get to 10 wins themselves, and that’s still a long road. They’ll presumably be favored at Cleveland, but you have to think the Browns see the Rodgers-less Packers as an eminently winnable game. For good reason. The Packers can expect to get their best shot.

But win that one, and Rodgers very well might be back to play at Carolina on Dec. 17. He took another big step toward that when he returned to practice Saturday. He’s eligible to come off IR a couple days before the Carolina game.

“I think it definitely gives your football team a shot,” McCarthy said of Rodgers’ return to the practice field Saturday. “I know it was good for everybody, but it was really good for him, too.”

Of course, Rodgers’ return would guarantee nothing and comes with a question of its own: Can he play well enough after a two-month layoff to beat two of the NFL’s best defenses (Carolina and Minnesota) in back-to-back weeks?

I doubt anyone’s betting on that. But look at it from the other side, too. If the Packers won both and then at Detroit with Rodgers back on the field, would you consider that a shock? Hardly. I'd give them about a 25 percent chance of pulling it off.

The idea I’ve heard from some quarters that the Packers would be wasting their time squeaking into the playoffs, because they’re sure to get bumped out early, just ignores how the NFL works.

With Rodgers, the Packers can beat anyone. Before he went down, they were 4-1, and with the way he was playing their chances to get to the Super Bowl looked as good as anyone’s in the NFC — at least if they didn’t have to go to Atlanta to get there.

So other than Rodgers’ injury, what’s changed? Nothing that matters. Their defense has the same players it had then, only they’ve gained another half season of experience. They lost right tackle Bryan Bulaga for the year, but as long as left tackle David Bakhtiari stays healthy they should be able to weather that. In fact, they now have a second rookie running back they can trust (Jamaal Williams) to go with Aaron Jones.

That the Packers won ugly Sunday doesn’t matter at all. Hundley didn’t have much of a day (48.3 rating, 84 yards passing), but he didn’t do anything to lose the game and made a couple huge read-option runs that helped win it.

Tampa Bay quarterback Jameis Winson, on the other hand, displayed the rocket arm that helped make him the No. 1 pick in the 2015 draft and put up some numbers (112.8 rating) that suggest he badly outplayed his counterpart. But the truth is, he didn’t. He took seven sacks, many after holding the ball too long, and had a boneheaded fumble when he should have eaten the ball but instead tried to throw it while being tackled. The ball popped right into Dean Lowry’s hands, and the second-year defensive lineman returned 62 yards for a touchdown.

That’s the kind of play that loses a game, and as Winston’s 2-7 record as a starter this year suggests, he makes too many of them.

Hundley threw one interception himself, but this one wasn’t the kind of game turner like he threw in the end zone in the first quarter against Baltimore a couple weeks ago. This time it was on a deep shot that served basically as a punt. It was a bad throw, to be sure — he put too much air under it and left it too far in the middle of the field, which allowed safety Justin Evans to make the easy interception. But it didn’t take points off the board or give Tampa Bay good field position.

McCarthy also finally broke out another part of Hundley’s game, the read option, that helped win the game against a Bucs defense keying on stopping Williams. It’s something he might have to turn to again next week.

Twice down the stretch, McCarthy dialed up the read option, and for the first two times this season, Hundley kept the ball. The first was a 14-yard gain that converted a big third-and-2 on the game-tying drive late in the fourth quarter. The second was for an 18-yard gain that put the Packers on the fringe of scoring position in overtime.

“It probably threw them off a little bit,” Hundley said of the zone read.

Wins rarely come easily in the NFL, at least when you’re playing your backup quarterback. So what matters for McCarthy and Hundley is that they live to fight another week.

The Packers might not be anybody’s bet to make it into the postseason. But you never know how things will look in another week or two. 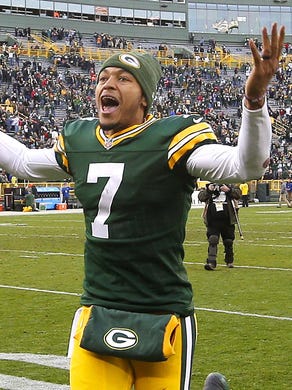 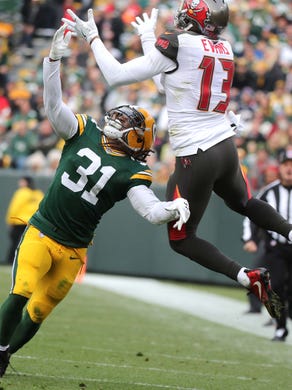 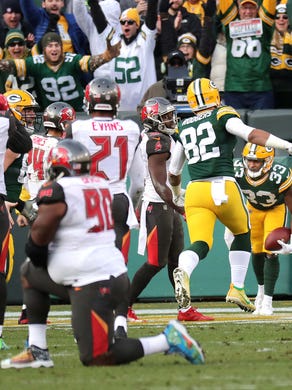 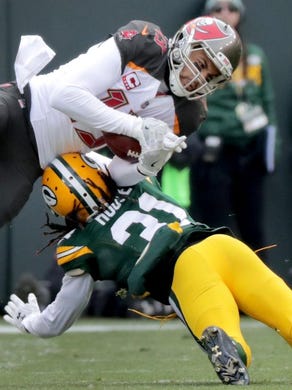 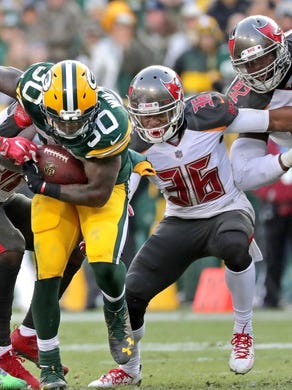 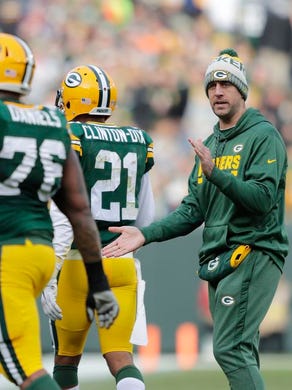 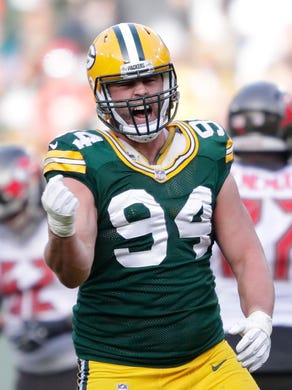 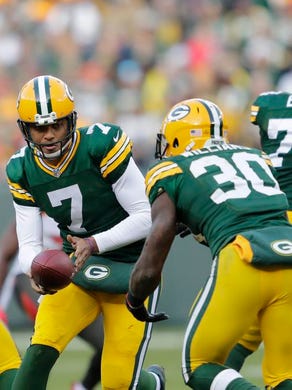 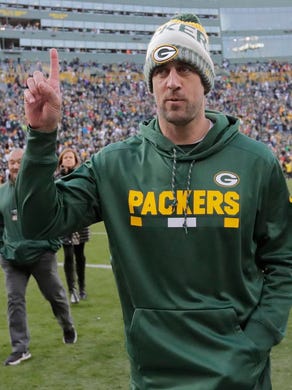 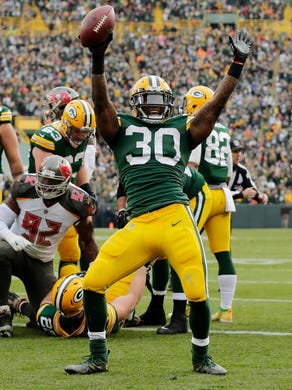 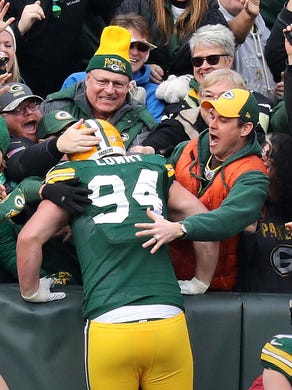 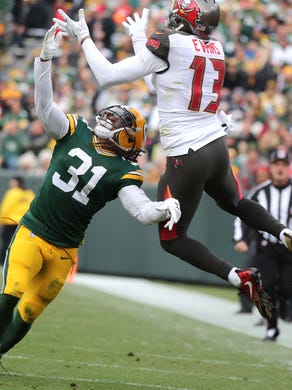 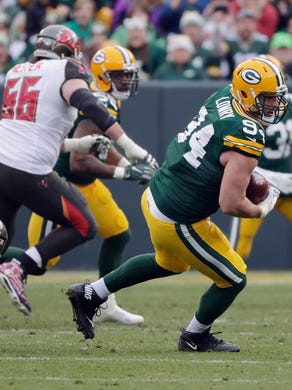 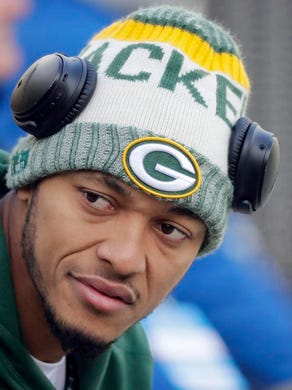 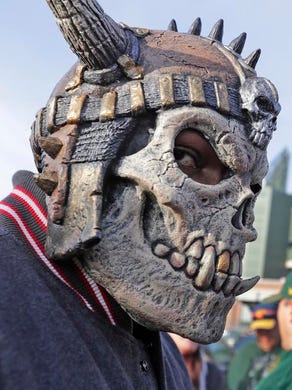 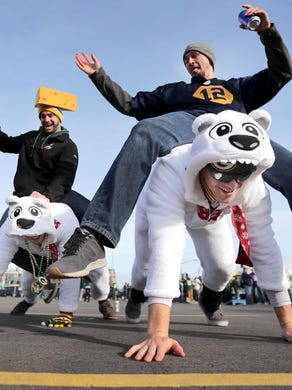