Maybe you’re wondering whether it’s even worth bringing Aaron Rodgers back. 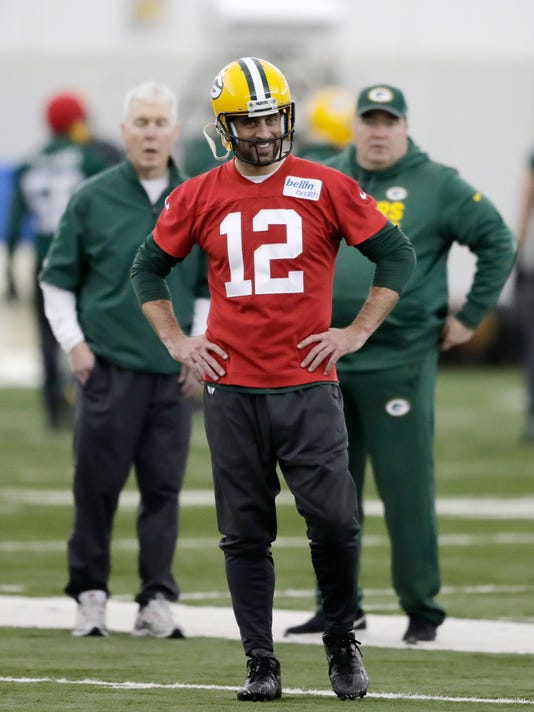 Maybe you’re wondering whether it’s even worth bringing Aaron Rodgers back.

You’re wondering how realistic it is to think Rodgers can win the final three games and then take the Green Bay Packers on a deep run in the postseason.

You might look at a defense that ranks No. 29 in opposing quarterback rating and No. 19 in points allowed and say Rodgers’ return isn’t worth the risk of re-breaking a collarbone that isn’t 100 percent healed, that the Packers aren’t going anywhere anyway.

To that, I say bunk.

RELATED: Rodgers confident he can return to top form

A good starting point is the oddsmakers. Just two weeks ago, Bovada.lv put the Packers’ odds of winning the Super Bowl at 200-to-1.

Last week, after a win over Tampa Bay and with Rodgers’ return possibly only another week away, they improved to 33-to-1.

And after the Packers’ win at Cleveland and Rodgers’ announced return Tuesday night, those odds are 18-to-1, which is tied with Jacksonville for eighth-best odds in the league.

A better way to look at it is to ask, what’s changed since mid-October, before Rodgers got hurt?

If you’ll think back, after the Packers’ come-from-behind win at Dallas in Week 5, with Rodgers playing like an MVP, it looked like their chances to win it all were as good as anyone’s. Rodgers seemed more determined than ever to get back to the Super Bowl, and the Packers’ defense appeared to be a little better than in 2016.

If you’re talking about where the Packers are worse, the loss that stands out is rookie cornerback Kevin King, who last week went on IR because of a shoulder injury. He’s hardly a stopper early in his career, but he’s their most talented cover man and had a great chance to improve down the stretch.

Pretty much everything else about their defense is the same as two months before. And after that Dallas game it looked to me like the Packers were a little better on that side of the ball than last year, when they made it to the NFC Championship game.

Remember, last year at this time LaDarius Gunter was their No. 1 cornerback, and Damarious Randall was in the midst of a bad season wrecked by a groin injury.

Julius Peppers and Micah Hyde are gone from 2016, but Randall has played the best football of his career since his benching in Week 4 against Chicago, rookie safety Josh Jones is coming off his best game and defensive lineman Kenny Clark has become one of their best players on defense. Also, while Davon House’s back injury probably will keep him from playing this week, his injury isn’t season-ending.

The King injury hurts, no question. It takes defensive coordinator Dom Capers’ best nickel (King and House on the outside, Randall in the slot) off the table, and against the top quarterbacks, that’s a problem. But this defense isn’t that much different than when the Packers were 4-1 and riding high.

Rodgers’ return also should help keep the defense off the field and pressure opponents to keep up on the scoreboard. In games like that, only a couple stops can make the difference.

The Packers also are better now in at least one way. They have a run game they didn’t know about going into Week 5. At that time Aaron Jones was just emerging as one of their most dynamic players on offense, but since then Jamaal Williams’ physical running has given them a second capable back as well. Their styles complement, and if one gets hurt the run game isn’t shot.

Nothing protects a quarterback like running backs that defenses have to honor. Rodgers has that now.

He’s also got an ascending receiver in Davante Adams. And while Martellus Bennett helped the run game as a blocker, he wasn’t doing anything as a receiver anyway, so his departure doesn’t change much.

So if like me you thought in mid-October that the Packers were good enough to make a Super Bowl run, you should think they’re good enough now.

Yes, bringing back Rodgers was a gray-area, risk-reward medical call, as the Packers’ deliberations long into Tuesday night show. But it’s the right one. His clock is ticking, and to dismiss the Packers’ chances of making a run is to dismiss the reality of the quarterback-centric NFL.

The bigger questions are whether Rodgers can play at the MVP level it’s going to take right out of the gate, and whether three wins will get his team into the playoffs.

On Sunday he’ll be nine weeks removed from playing in a game. He has been throwing for more than a month, and that pregame show he put on at Pittsburgh was 17 days ago. He has run the scout team for four practices and will get three more in this week, this time with the starters.

I don’t doubt he can get back to game speed fast. But might he miss a play or two Sunday because of the layoff? Or be overprotective of his shoulder? That, I wonder. Because for the Packers to win out, he has to play as well as he was before he got hurt, and he has to do it immediately against a good Carolina defense that also is fighting for its playoff life.

As for the playoffs odds, the Packers’ are good if they hit 10 wins. The New York Times’ playoff simulator calculates their chances at 93 percent if they win their final three games.

That might seem high considering three teams are ahead of them for only two wild-card spots. But if you look at tiebreakers and remaining schedules of the three likely contenders, the chances of two finishing ahead of a 10-win Packers team are low.

Seattle would have to win out (against the Los Angeles Rams, Dallas and Arizona), and it’s playing without Richard Sherman and Kam Chancellor for the rest of the season, plus possibly Bobby Wagner this week.

Carolina would have to beat both Tampa Bay and Atlanta.

Atlanta would have to win two of three against Tampa Bay, New Orleans and Carolina. And remember, assuming there’s no tie, someone will lose that Atlanta-Carolina game.

The fact is, this week is the game. If Rodgers can beat Carolina — the Packers are 3- to 3½-point underdogs — their playoff chances skyrocket. If they lose, they’re all but done.

But regardless of how it turns out, it was worth bringing back their quarterback for the shot. 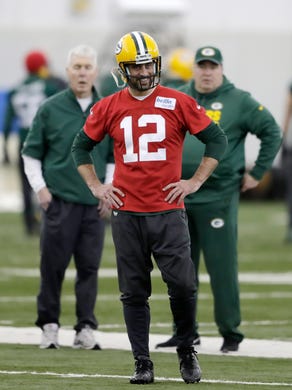 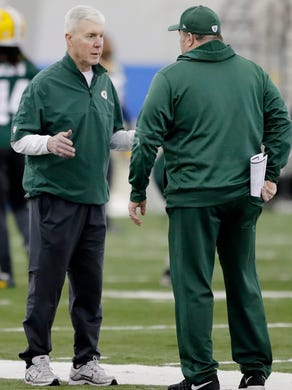 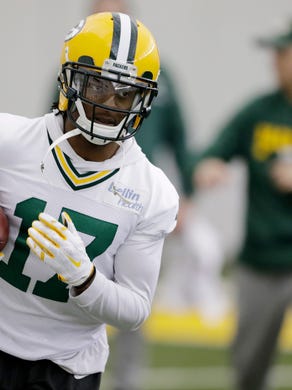