As the Packers have become more active pursuing free agents, one thing apparently hasn’t changed: They’re relying too much on Aaron Rodgers as a lure. 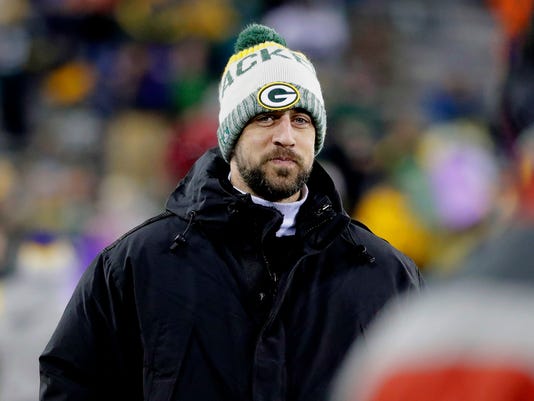 As the Green Bay Packers have become more active pursuing free agents this year, one thing apparently hasn’t changed: They’re relying too much on Aaron Rodgers as a lure.

The Packers under former general manager Ted Thompson didn’t go after many players on the open market, but when they did they often insisted on a discount because of Rodgers.

In other words, come to Green Bay for less because you’ll have a shot at the Super Bowl.

Thompson’s successor, Brian Gutekunst, is at least inquiring about a lot more players in free agency, but it’s looking like the Packers’ approach to negotiations hasn’t changed much.

This is the New England Patriots’ way with Tom Brady and coach Bill Belichick, and it works for them. Of course, since 2001 the Patriots have won five Super Bowls and played in three others, and they’ve played in the last eight AFC Championship games. When they say come to New England and play for a Super Bowl, it’s not just hopeful talk. Chances are it’s going to happen.

The Packers aren’t the Patriots.

Yet, I talked with two agents this week who said the Packers’ recruiting pitch is still pushing for discounts because of Rodgers and the team’s rich history, only — unlike under Thompson — more agents are hearing it this year. All that’s done is create a lot more smoke without more fire, at least so far.

Of course, the main recruiter in free agency is money. After that, the order can differ depending on the player, but usually it’s the quarterback (if you have a good one), then facilities or the city the team is in.

Sure, there’s the occasional veteran who has made a lot of money but hasn’t won a title and is willing to take a discount late in his career to play with a top passer for a shot at the Super Bowl.

A receiver might — might — take a little less too, because with Rodgers throwing to him, he has a better chance of seeing a long-term contract through. There’s nothing like inferior quarterbacking to get a big-money receiver cut.

But generally, Rodgers and the other top quarterbacks come into play in free agency as tie-breakers.

“If the deals are even, you choose Green Bay,” one agent said.

Look at the two free agents the Packers have signed this offseason.

They’ll pay tight end Jimmy Graham $13 million this year as part of a three-year, $30 million deal. It was a good signing that should upgrade the Packers’ receiving corps. But paying a 31-year-old tight end $13 million is hardly a discount.

Their other signing, defensive lineman Muhammad Wilkerson, was a bargain ($4.7 million plus up to $2.75 million in incentives), but not because of Rodgers or Super Bowl chances. It’s because Wilkerson is trying to revive his once-promising career. His market was soft after he imploded the last two years with the New York Jets, and he thought playing again for his first defensive coordinator, Mike Pettine, was a good way to get back on track.

But they have some salary-cap room to work with — about $20 million under — and could create more if needed. Yet they’ve come up empty at cornerback so far even though it was a problem area last year and got weaker this offseason with the trade of temperamental Damarious Randall to Cleveland.

The Packers’ offer sheet with Kyle Fuller was proof they have the money — they pledged to pay him an average of $14 million a year for four years.

But even that move was a head-scratcher. Even with the Bears’ flurry of signings early in free agency, they had a lot more cap room than the Packers’ $20 million. The chances of Ball structuring a deal Chicago wouldn’t match were slim, if that.

So why even go to the trouble of the offer sheet? I guess you could argue the Packers had nothing to lose. But they can’t think they were forcing a bad deal on their NFC North rival; otherwise they were potentially signing up for a bad deal themselves. And they were willing to make Fuller the fifth-highest paid cornerback in the league.

Another free agent this offseason, Trumaine Johnson, ranks second on the cornerback pay list with his new deal with the Jets that averages $14.5 million. If the Packers had made a strong run at him — it would have required a bigger commitment in money paid over the first two years (around $34 million as opposed to a reported $28 million for Fuller), but for a more accomplished player — maybe they’d have gotten close enough where Rodgers would have been a factor.

Gutekunst still has the second phase of free agency plus, of course, the draft to build up his roster. NFL front offices game these things out, and it’s still hard not to believe Gutekunst has some meaningful signings coming down the road. Cornerback Beshaud Breeland will be in play when his foot infection heals in a month or two, and there are too many veteran candidates to mention here as possible one-year rentals.

But barring a big trade, it’s looking like the Packers’ new GM will need a home run in the draft to field a top-10 defense in 2018. Because at least for now, when it comes to free agency, the Packers are looking as cautious as ever.