The 2010 Green Bay Packers were a prime example of just how much a team can grow in a year’s time. 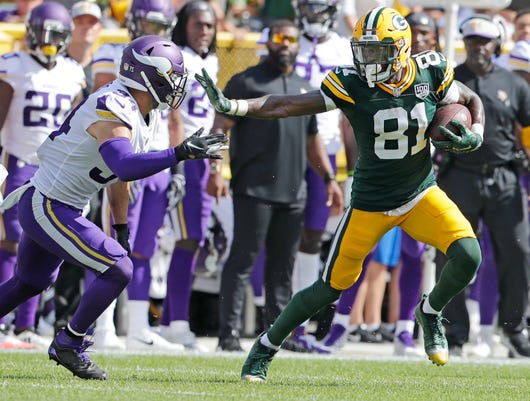 The 2010 Green Bay Packers were a prime example of just how much a team can grow in a year’s time.

From the end of 2009 to the end of 2010, they had a handful of young players who put them over the edge from playoff contender to Super Bowl champion.

It started with Aaron Rodgers, who went from good to great. It’s hard to overstate what the jump in his play meant.

But the list also included Clay Matthews and B.J. Raji, who down the stretch were borderline dominant in their second NFL seasons; Tramon Williams, who blossomed into one of the NFL’s better cornerbacks that year; Jordy Nelson, who by season’s end was a better receiver than aging Donald Driver; and Sam Shields, who was one of the team’s great surprises as an undrafted rookie cornerback.

That’s often what it takes to win, or at least challenge, for a Super Bowl. A handful of players distinguish themselves in ways they hadn’t before.

But for the Packers to have a memorable season, they’ll need something like what happened in 2010. They’ll need several young players to separate from the pack, and at least a couple of rookies to be good right away.

Two weeks into the regular season, and seven weeks since the start of training camp, we’re getting an idea of where that help might or might not come from.

We know, for instance, that outside linebacker Vince Biegel wasn’t a sleeper as a fourth-round draft pick in 2017. He didn’t add anything to the pass rush in camp and wound up on the New Orleans’ practice squad before being promoted to the 53-man roster this week. There’s also not much reason to think that either of two higher 2017 picks, safety Josh Jones (second round) and defensive lineman Montravius Adams (third round), is taking a big jump in Year 2 in the NFL.

But early signs suggest several candidates who could elevate the Packers. Here’s a thumbnail look:

The third-year pro has played like a legit No. 3 receiver since early in camp, which the Packers badly need because none of their three draft picks was ready for the role this season. He already has 11 catches, including a couple big third-down conversions, through two games.

Allison plays with more spring in his legs than his 4.67-second 40 suggests, though it’s worth noting his broad jump (10 feet, 7 inches) is best among the Packers’ receivers and historically puts him in the top 13 percent of receivers who’ve attended the NFL scouting combine, according to Mockdraftable.com. He has improved as much as anybody on the Packers’ roster. 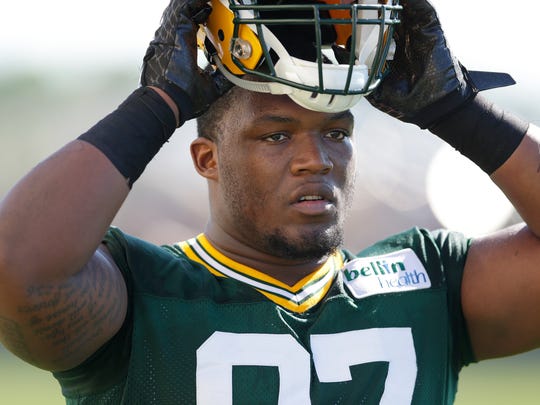 Ted Thompson had some clunker drafts the second half of his tenure as GM, but he got his 2016 first-round pick right. Clark now is the team’s best defensive lineman. He disrupts the run game and is a decent inside rusher.

Clark already is a good player, and he’s young enough (turns 23 next month) to be better in December and January than he is now.

He has a rare combination of size (6-3) and athleticism, but you have to wonder whether his body can withstand the physical nature of the game. If he can’t stay healthy or play well hurt, his talent won’t matter.

King (groin) won’t play Sunday, meaning injuries will have sidelined him for eight of his first 19 NFL games and diminished him for most of the rest. Still, the coverage drop-off was noticeable when he had to sit out the second half against Minnesota. His height and length make him tough to throw over, and he’s a willing tackler. But he needs to play to improve. If he does, the defense would grow with him. But will the Packers ever be able to count on him to stay on the field? 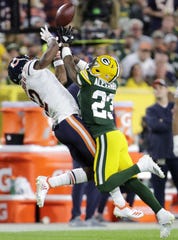 This week defensive coordinator Mike Pettine said, “If you didn’t know who was who and just evaluated our defense the first two weeks you’d be hard-pressed to say that Jaire’s not potentially our top defensive player.” The Packers needed Alexander not only to play as a rookie, but to play well, and so far he has. He covers, he plays the ball, he competes and he tackles. All he lacks is height.

Tougher days are ahead — all corners take lumps in the NFL — and handling failure will play a big role in how his season goes. That might have been Damarious Randall’s undoing with the Packers.

Last year the Saints’ Marcus Lattimore showed the difference one excellent rookie cornerback can make for a defense. Alexander isn’t Lattimore, at least not yet. But his start bodes as well for the Packers’ defense as Allison’s does on offense.

Gutekunst came through at cornerback with his first two draft picks. After watching this team the last couple of years, we don’t need to see another snap to say that. Jackson is one of their three best.

With that low bar easily cleared, what matters now is how much better the rookies are by season’s end. The Packers like Jackson as a slot defender, especially because at 6-0⅜ he’s just big enough to match up with tight ends who are really glorified receivers — guys like Washington’s Jordan Reed this week. Tight ends roaming the middle of the field have killed the Packers the last few years. If Jackson can change that, he can really make a difference. 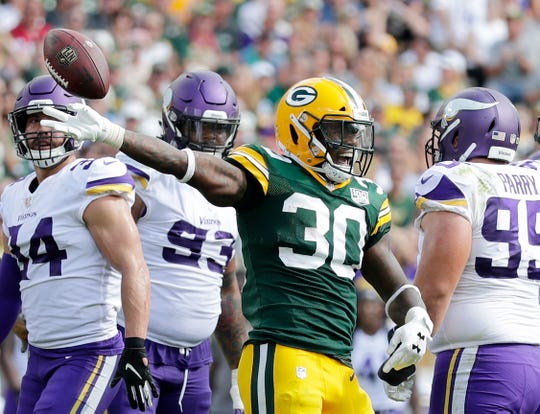 Packers running back Jamaal Williams (30) signals for a first down against the Minnesota Vikings on Sept. 16 at Lambeau Field. (Photo: Adam Wesley/USA TODAY NETWORK-Wis)

He’s not an explosive runner, but he’s what they call a football player. He stands out picking up blitzes, which is no small thing with Rodgers at quarterback. Williams isn’t going to put up big numbers, but he is tough, and in a league where protecting the passer is paramount, he could have an important role this year.

These aren’t the only players who could change the Packers’ fortunes in 2018. Rookie linebacker Oren Burks (shoulder injury) and running back Aaron Jones (drug suspension) are back this weekend with the chance to show if they have much to add.

All will get their chances to distinguish themselves, just like young players do every year. Keep your eyes on them, because they’ll have a big say, one way or the other, in whether the Packers are any good in 2018.