Major emphasis will be put on gaining No. 1 seed for playoffs 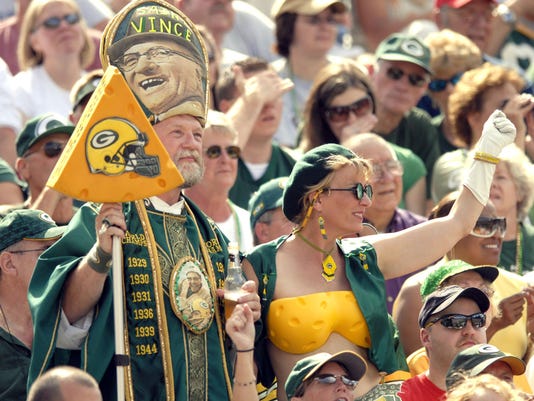 There’s a good reason Aaron Rodgers wants to be at home for the playoffs this season: the Green Bay Packers don’t squander halftime leads at Lambeau Field, a venue in which the team set an NFL record for first-half scoring in 2014.

Green Bay had quite a run last season. The team won 12 games, captured a fourth consecutive NFC North Division title and advanced to the NFC championship game for the first time in four years.

But the closing chapter — abrupt, final and frustrating — was among the most painful in team annals. Up 16-0 at halftime in Seattle, the Packers imploded as the Seahawks rallied for a 28-22 overtime win and a trip to the Super Bowl.

Never had Green Bay wasted such a large lead in the playoffs.

In February, Rodgers said on ESPN Milwaukee: “So that’s going to be the goal (playing everything at home in the playoffs). I think in years past, you talk a lot about winning your division. I think after this season, we can stack on as a goal being a No. 1 seed because we know how much it means to have that home-field advantage.”

Home cooking was sweet in 2014. The Packers went 8-0 at Lambeau Field for the fifth time in team history.

Particularly delectable were the first and second quarters. There, Green Bay outperformed its opponents in myriad categories.

Rodgers and the offense scored on 32 of 45 possessions (71.1 percent). They had a run of 15 straight scoring drives that started against the Bears on Nov. 9 and didn’t end until Eddie Lacy came up short on fourth down on their opening possession against the Lions in the regular-season finale.

The opposition put up points on merely 10 of 49 possessions (20.4 percent). Only the Jets (three), Eagles (two) and Patriots (two) scored more than once in the opening two quarters.

Tim Masthay punted eight times. His counterparts did so 24 times.

All those heady numbers and more helped Green Bay to 212 first-half points at Lambeau Field. The team easily broke the NFL record held by the 1980 Los Angeles Rams (191) for most first-half points in home games in a season.

Visiting teams scored just 58 points, meaning the Packers outscored their opponents by 154 points. New England was next best at plus-88.

Green Bay’s massive differential would have been an NFL record as well except for the 1924 Frankford Yellow Jackets (+157). The Jackets (11-2-1) finished third behind the Cleveland Bulldogs and Chicago Bears and played 10 home games in an era in which the haves had far more than the have-nots.

The reasons behind the Packers’ success are numerous, but one stands out: passing — for and against. Week in and week out, Rodgers and his receivers simply outplayed everyone who streamed through Lambeau Field.

Jordy Nelson and Randall Cobb led a receiving corps that hauled in eight receptions of more than 40 yards. The competition had nothing that long.

Such first-half performances meant Aaron Rodgers had a relatively light workload at home in the third and fourth quarters. He completed 47 of 73 throws for 682 yards and six touchdowns.

These sizable advantages were huge in keeping Green Bay’s record clean at home. Falling behind can dampen an opponent’s resolve or force them to abandon game plans.

That’s not an enviable position to be in when visiting Lambeau Field.

Since 2006 when Mike McCarthy became head coach of the Packers, the team is 48-3 at home (regular season and playoffs) when holding a halftime lead. The team is 37-0 when Rodgers is the starting quarterback.