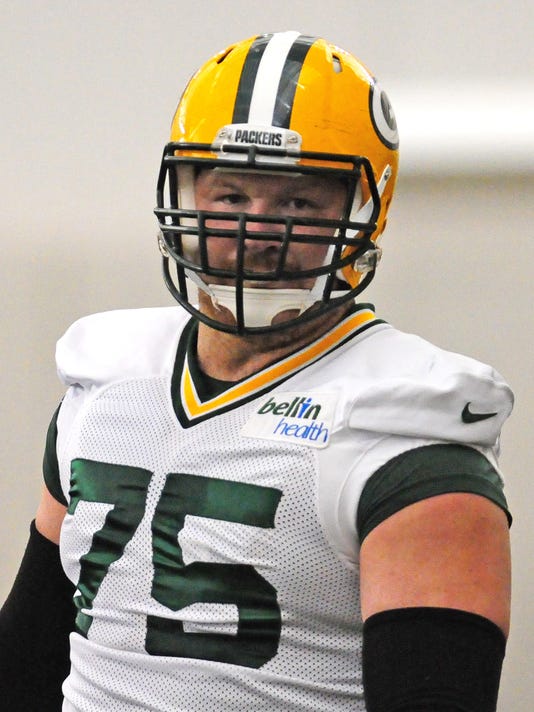 The Green Bay Packers' offensive line is operating with the mindset Bryan Bulaga will start against the New York Jets on Sunday.

Bulaga, who sprained his MCL in the second quarter against Seattle, practiced for the second consecutive day on a limited basis, though he appeared to be taking part in all individual drills during the portion of practice open to the media Thursday.

Packers coach Mike McCarthy said the biggest thing he's looking for is to see how Bulaga moves in the team's final practice Saturday. Bulaga has already been wearing a brace on his surgically reconstructed right knee, so that's not new.

The question is if he can do everything that's asked of him asked a Jets' defensive line known for its size and length. While Bulaga wasn't in the locker room Thursday, his linemates have confidence he can handle it.

At the same time, they're also standing by his backup, former first-round pick Derek Sherrod, who struggled after Bulaga departed.

"I think we're all expecting that Bryan is going to be the guy out there at right tackle," right guard T.J. Lang said. "He said he's feeling pretty good but if something happens where Derek has to come in, I think taking all the reps this week has been very beneficial for the both of us."

Bulaga's appearance against the Seahawks marked the first time he'd suited up in a regular-season game in nearly two years. After missing the last seven games of the 2012 season with a hip injury, Bulaga tore his ACL during last year's Family Night Scrimmage.

He looked hobbled during the Packers' first practice this week on Wednesday, but seemed to move around with a bit more fluidity on Thursday.

It's a sigh of relief for an offensive line that has already lost Don Barclay (torn ACL) for the season and projected starting center JC Tretter (knee) for at least eight games.

"He's been itching to get back out there," Lang said. "I think he's expecting to be able to play on Sunday. However it unfolds, we'll have to move on, but it's definitely very fortunate to watch a guy who has had some bad luck the last couple years kind of get away with a scare there."

Like Bulaga, tight end Brandon Bostick practiced for the second consecutive day. It was his first padded work in nearly a month due to a fibula injury he sustained against St. Louis in the Packers' second preseason game.

Bostick cautions Saturday will be a big day, but he's hopeful to make his regular-season debut Sunday.

"I think I should be able to go, but I don't think that's my call," Bostick said. "Hopefully I'll be able to go."