It's the first time this season Green Bay didn't have anybody on the roster held out of practice. 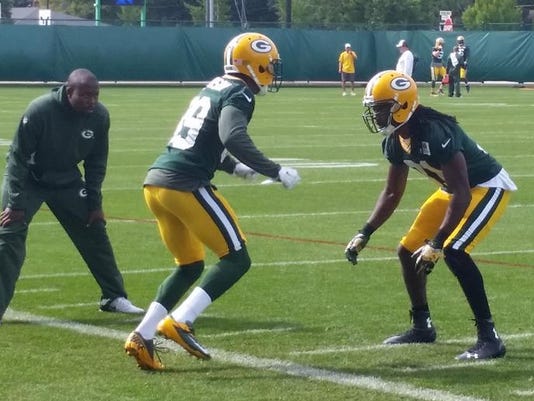 The Green Bay Packers have taken their lumps in the loss column. Looking to regroup this week as they prepare for the Chicago Bears, at least their roster remains intact.

All 52 players on the Packers roster practiced Wednesday. It's the first time this season Green Bay didn't have anybody on the roster held out of practice.

Most notably, outside linebacker Clay Matthews practiced after exiting last week's game early with a groin injury. Matthews said after the game in Detroit he wouldn't know his status until later this week. His presence on the field was a promising sign.

Inside linebacker Brad Jones (quadriceps) practiced for the first time since the Packers opened their season against the Seattle Seahawks earlier this month. Cornerback Davon House (knee) also practiced Wednesday. House wore a leg sleeve with a pad over his left kneecap.

The Packers still haven't replaced linebacker Andy Mulumba on the 53-man roster. Mulumba was placed on injured reserve last week after tearing his ACL in the home opener against the New York Jets.