Sitton on weekly Thursday games: 'I think it's stupid'

Sitting at his locker Tuesday, Josh Sitton's body still felt the pounding it took in Chicago about 48 hours before.

Sitton on weekly Thursday games: 'I think it's stupid' 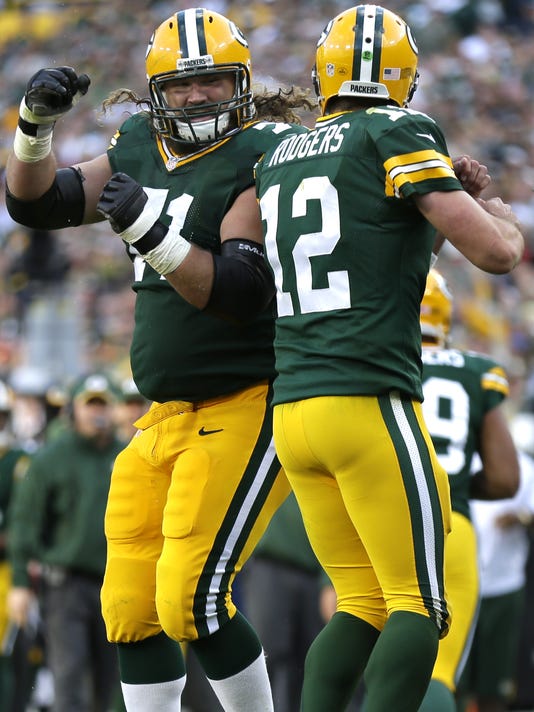 Sitting at his locker Tuesday, Josh Sitton's body still felt the pounding it took in Chicago about 48 hours before.

Left guard is a physical position. Each play, another car crash. So, with the Packers preparing for another NFC North game in just more than 48 hours, Sitton was understandably dismayed.

"It sucks, man. I hate it," Sitton said. "Felt like crap today. Probably feel like crap on Thursday. I think it's stupid. I think it's all about money for the NFL, obviously. That's what this league is about, is about making money. Which is fine. I like to make money as well. But, yeah, it's tough on your body, tough on your head."

The Packers returned to the practice field Tuesday. Normally, in a seven-day week, it would have been an off day. Time for cold tubs and massages, not spending a few hours outside in sub-50-degree weather.

Green Bay and Minnesota don't have that luxury. With no off day, Packers players never got a chance to let their bodies reset.

"Tuesday is typically the day that your body feels the worst," Sitton said. "I know for us, in the offensive line room, that's what we always talk about. The second day, you always feel like crap. It's tough getting out there on the practice field today. But, like you said, everybody's got to do it. I'm glad we got it in Week 5 instead of Week 11 or 12, or whatever."

Right guard T.J. Lang said there's a light at the end of the tunnel. The Packers will get next weekend off. There will be 10 days between the Vikings and their next game, a trip to the Miami Dolphins on Oct. 12.

Regardless, Lang said these four days between Chicago and Minnesota are rough.

"I've never been a fan of Thursday games," Lang said.

Each part of a regular, seven-day week remains. (Well, everything but the off day.) It's just accelerated. Packers coach Mike McCarthy said he began preparing for the Vikings on the team's flight back from Chicago. His family taped FOX's broadcast of the Vikings' 41-28 win against the Atlanta Falcons, which McCarthy watched before going to bed.

When players arrived at Lambeau Field on Monday morning, a Thursday Night Football trailer was already waiting in the parking lot. Inside the team facility, Lang said players didn't even review the Bears game. That's perhaps the biggest difference with a short week.

There's no time to look back.

"Got right into the game plan this week," Lang said. "It can be stressful, but at the same time it's football. You've just got to dedicate yourself. … You just have to find a way to be a professional, take care of your body, do some extra stuff to get ready. Like, today, I know it's Tuesday, but it's really a Friday for us. You kind of have to put yourself in that mindset."

Over the years, Sitton said he's picked up specific keys to get his body ready to play after just four days. They all have. The Packers are not alone in their dismay. At some point, all 32 teams in the league have to go through the same rigors.

Sitton said he takes more time to get warmed up. For Lang, it's all about the cold tub.

"You're not going to go in there for an hour at a time. You don't want to get hypothermia," Lang said. "But, you get in, in the morning when you get here. You get in after practice is over and try to double it, try to get in there twice a day.

"For some guys, it's getting two or three treatments a day instead of one. Everybody's different. For me, It's just spending more time, whether it's stretching and getting in the cold tub, trying to let your muscles recover a little bit. Trying to speed the process up."

In his 13th season, outside linebacker Julius Peppers also feels the wear and tear on his body. Peppers, 34, this week hasn't been easy.

"It's been really tough," Peppers said. "I don't know who came up with the schedule like this to put these games in a 10-day span like this, but we're getting through it."