Packers are selling standing-room tickets for its game Sunday vs. Chicago Bears and Nov. 16 vs. Philadelphia Eagles 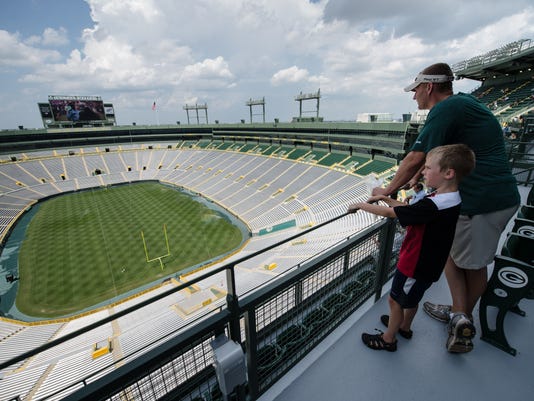 The Green Bay Packers are selling a limited number of standing-room-only tickets behind section 434S in the South End for its game Sunday against the Chicago Bears and Nov. 16 against the Philadelphia Eagles.(Photo: File/Press Gazette Media)

As part of a trial run, the Green Bay Packers have sold a limited number of standing-room-only tickets for its game Sunday against the Chicago Bears and Nov. 16 against the Philadelphia Eagles.

The Packers said Wednesday afternoon that a limited number of tickets were available online, but none was left Thursday morning. However, some standing-room-only tickets popped up Thursday on the secondary ticket market, selling for $90 to $170.

"The South End expansion was designed to have the capability of offering these types of tickets," Packers director of ticket operations Mark Wagner said in a statement released through the team. "After a season of operations in the South End and having an understanding of our guest experience in that section, we're ready to try out the concept over the next two games.

"We'll review the experience and then determine if we'll offer these tickets for other high-demand games in the future."