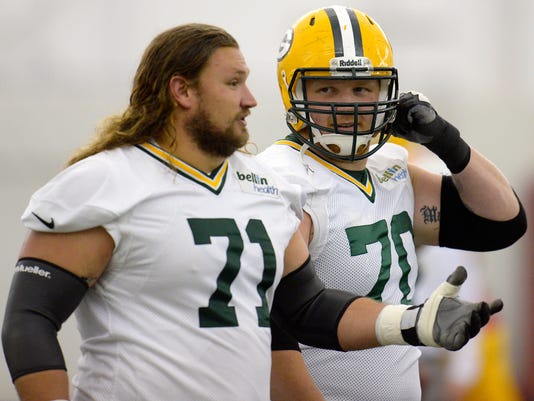 Sitton and Lang were injured Oct. 26 in the Packers' game against the New Orleans Saints. Sitton tore a ligament in his left big toe while pass blocking in the second half. Lang left the game with an ankle injury while blocking for an extra point attempt after Green Bay's first possession.

Lang has not spoken with the media this week. Sitton said Wednesday he would feel comfortable playing Sunday night without practicing during the week, if it came to that.

"I've always been a guy that liked to practice, and I felt like that's how I sharpen my ax," Sitton said while sitting at his locker. "But I think I'm to the point where as long as I can be in shape, then I think it's more beneficial to sit."

Elsewhere, the Packers are a picture of health.

Defensive end Datone Jones (ankle) also practiced again. Jones said Monday he'll be ready to play against the Sunday. He's been out since the Packers' game against the Minnesota Vikings on Oct. 2.

Rodgers, Shields, Burnett and Jones were full participants in Wednesday's practice. The Packers will have one final practice on Saturday before facing the Bears.