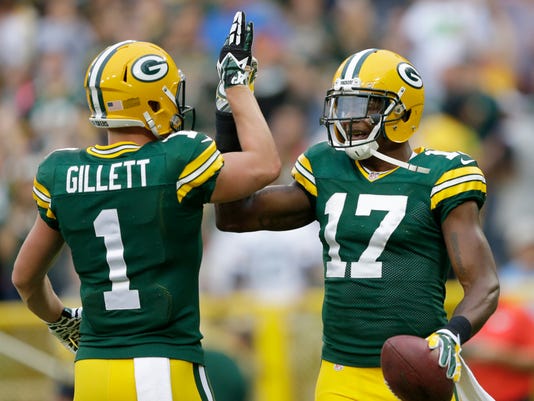 Gillett, a former quarterback at Eastern Michigan, originally signed with the Packers as an undrafted free agent following the 2013 draft. He spent the second half of last season on the practice squad, and was with the team through the offseason.

In the Packers' third preseason game against the Oakland Raiders, Gillett caught a touchdown pass.

Gillett was waived after training camp and spent one day on the practice squad before being replaced by cornerback Jumal Rolle, who has since been signed to the Houston Texans' active roster.