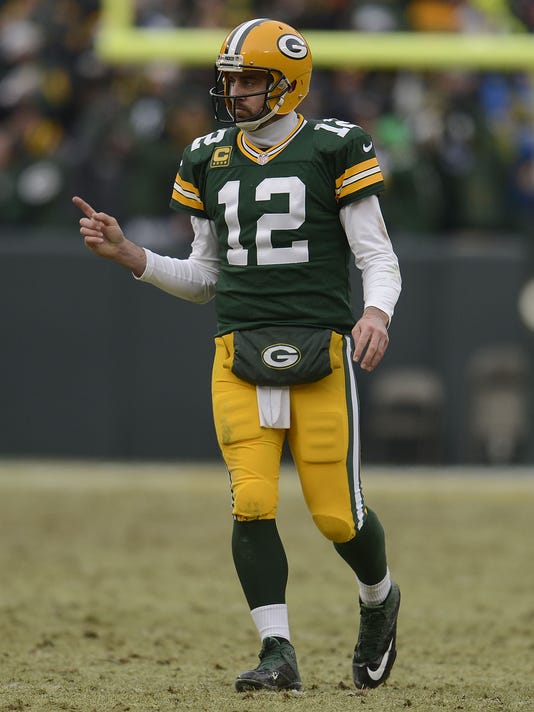 Green Bay Packers quarterback Aaron Rodgers reacts after the Packers scored a touchdown against the Dallas Cowboys during the third quarter of their NFC divisional playoff game at Lambeau Field.(Photo: Evan Siegle/Press-Gazette Media)

For Green Bay Packers fans heartbroken that their team won't be playing in Sunday's Super Bowl, the NFL Honors event Saturday is a decent consolation.

Three current or former Packers are up for the highest honors in football: quarterback Aaron Rodgers is considered one of the favorites to win the Most Valuable Player award, and former general manager Ron Wolf and former assistant coach Kevin Greene are finalists for Pro Football Hall of Fame induction.

More than a dozen awards as well as those voted to be inducted into the Hall of Fame will be announced at the event in Phoenix. The two-hour program will be televised Saturday on NBC starting at 8 p.m. CST.

Rodgers, who was named MVP after the 2011 season, had another spectacular year in leading Green Bay to the NFC championship game.

Rodgers, in his 10th season in Green Bay, completed 341 of 520 passes (65.6 percent) for 4,381 yards, 38 touchdowns and only 5 interceptions during the regular season. His 112.2 quarterback rating was one point behind NFL leader Tony Romo.

Wolf is one of the first two nominees under the Hall of Fame's new contributor category. Contributors are honored for their impact on the game other than as a player or coach. 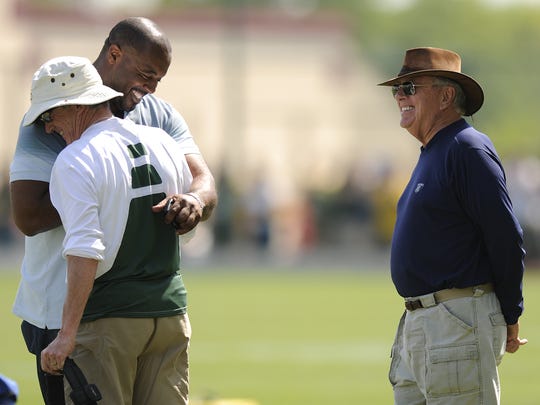 The contributor category is a five-year experiment and works similarly to the seniors category that's been in place since 1972. Finalists for both categories get an up-or-down vote from the 46-member selection committee and need 80 percent in favor for induction.

This year there are two contributor nominees and one senior, and that will alternate over the next five years. Then, the hall will review its procedures.

Greene is one of 15 players from the modern era being considered. Greene, who coached the Packers' outside linebackers from 2009-13, is a finalist for the fourth straight year.