Before free agency begins, the Packers will have to make a decision on two exclusive-rights free agents. 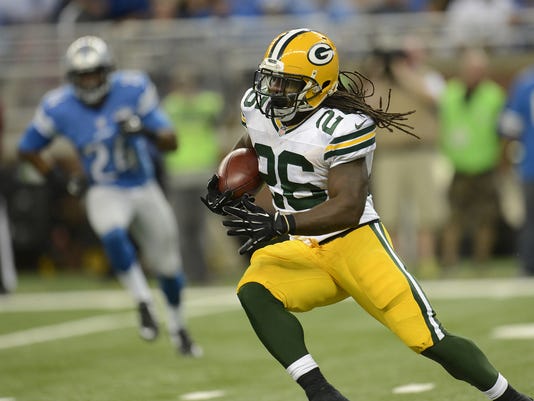 Editor's note: Prior to the start of the new league year in March, Press-Gazette Media is counting down the top unrestricted, restricted and exclusive right free agents the Green Bay Packers will have to decide on this offseason.

It's not often that NFL teams hold all the cards in free agency, but in the case of two players, it's completely up to the Green Bay Packers to decide their future.

Harris, 26, signed a three-year contract with the Packers during the final month of the 2012 season. Since he didn't play enough games to generate an accrued season, the Packers have the option to issue Harris a contract for next season at the league minimum or pass.

If a player isn't tendered a contract, he is free to sign elsewhere in the NFL.

The Packers won't have much to go off of with Harris. After missing the entire 2013 season with a knee injury, only a handful of snaps trickled down to the 5-foot-8, 203-pound running back behind Eddie Lacy, James Starks and John Kuhn. His primary job was as the team's kickoff returner for the first 15 games.

Harris was ineffective in the role, as the Packers finished 31st in kickoff return average (19.1) for the second consecutive season. He became expendable near the end of the season and was deactivated for the final three games when Green Bay needed a game-day spot for third-string quarterback Scott Tolzien.

The Packers seem determined to use their third-string running back as a returner. They inserted Johnathan Franklin into that role in 2013 before he suffered a career-ending neck injury. 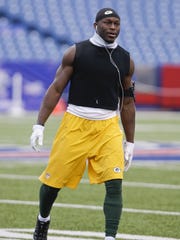 Banjo, 24, has traveled an interesting road to Green Bay. He went undrafted out of SMU in 2012 and didn't sign his first NFL contract until the Packers came calling during training camp the following year. The 5-foot-10, 207-pound safety defied the odds in 2013 to make the roster, playing in all 16 regular-season games and finishing with 19 tackles.

Lightning didn't strike twice, though. He was among the Packers' final cuts and spent the first three months of the season on the practice squad as a veteran exemption before being called up in December. He finished with one tackle in three games.

Interestingly, the Packers have continued to issue Banjo one-year contracts instead of the multi-year deals that they extended to other call-ups from the practice squad like defensive lineman Luther Robinson and tight end Justin Perillo.

The Packers have to extend a minimum offer to their exclusive-rights free agents by the start of free agency on March 10.

The snaps: 49 total (all special teams).