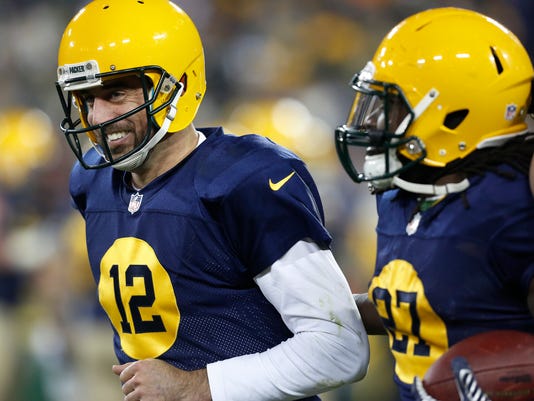 PHOENIX – Green Bay Packers President and CEO Mark Murphy confirmed that the team will debut a new third alternate uniform in 2015 during the final day of the NFL annual meetings on Wednesday.

Murphy said it will again consist of a throwback design that will be announced at a later date. The Packers wore the 1929-30 design the past five seasons. The replica uniforms, which represent the first year the Packers won the NFL championship, were blue jerseys with a gold circle in the chest.

NFL rules mandated it was the only alternate uniform the Packers could wear for a five-year period. Now that it's expired, the Packers are going to utilize a new old-school look.

"We're definitely going to do it, it will come up soon," Murphy said. "It's going to be exciting. It's going to be an old jersey. It won't be a modern jersey, a Nike… This will be from a past era. I think the fans like it. From what I've seen those games are always kind of fun and the players really enjoy it, too."

Teams are allowed to wear their alternate uniforms a maximum of three times per season, though the Packers traditionally have only chosen to wear it once a year.

The Packers' third uniforms were one of several topics Murphy touched on when speaking with Green Bay reporters. Another was the Titletown redevelopment plan West of Lambeau Field where the team recently has been purchasing property along Lombardi Avenue, Ridge Road and Marlee Lane. 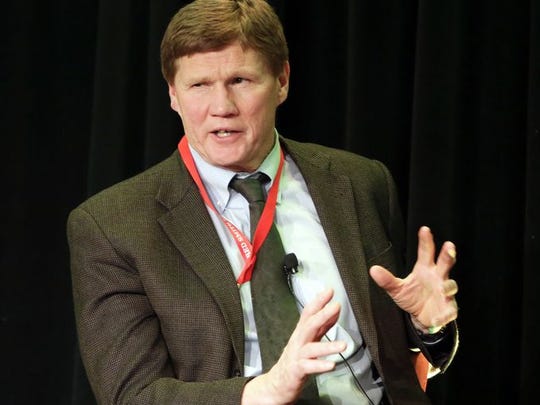 The team has spent recent years razing a number of buildings, most recently the Road Star Inn Hotel. While Murphy wouldn't go into specific detail, he said he expects development to begin in the next year or two. What is certain is it will include a public plaza.

A number of businesses have already expressed interest in being a part of the area. Once development begins, Murphy hopes there will be even more.

"We're studying it," Murphy said. "We could be close, but it might be a little longer. I think long-term it could be one of the most impactful things we do, if we do it right. I think I've said this before, it's the old Supreme Court line, we're moving forward with all deliberate speed. We want to make sure we get it right. It's really a long-term investment."

As for Lambeau Field itself, renovations continue with the team pro shop, Packers Hall of Fame and installation of a new restaurant inside the Lambeau Field Atrium. In the football wing, construction has begun on a new hydrotherapy area in the training facility that's expected to be completed in time for training camp.

A new Wifi system is also being installed for fans to easily access internet during games, which has been a part of the NFL's initiative to improve the game-day experience for fans.

"It's absolutely for the fans," Murphy said. "We heard from the league today, the generation Z, they have five screens. What are the five screens? I can get to three or four."

Inside the bowl, the team has been renovating the suites not included in the south end-zone expansion. Murphy said there hadn't been much alteration since Lambeau Field was fully renovated in 2003.

One of the biggest requests from patrons is the inability to open the windows in order to be more connected and closer to the in-game experience. Murphy noted the flexibility to sit indoors or outdoors in the new south end zone has been popular among fans.

As for ticket pricing, Murphy said the Packers wanted to move to a variable ticket pricing scale, but felt the teams' two contrasting ticket packages would make a change difficult, along with the Brown County ticket drawings.

The Packers are seeking league approval to allow season ticket holders to sell their tickets for preseason games below face value through Ticketmaster.

"I think that would be considered a benefit," Murphy said.