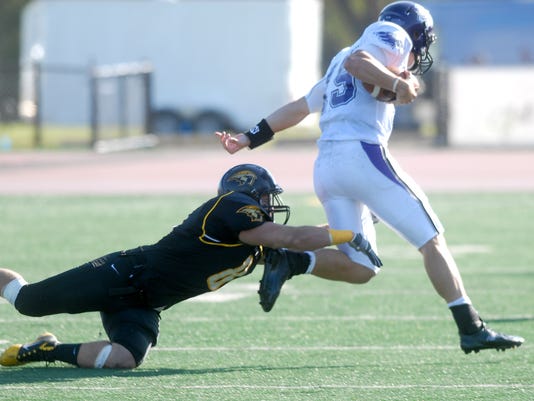 Days before the start of the offseason program, the Green Bay Packers signed former University of Wisconsin-Whitewater standout Matt Blanchard as their third quarterback.

Blanchard, 26, went 45-0 and won three NCAA Division III national championships during his time with the Warhawks, completing 384 of 545 passes for 5,009 yards and 44 touchdowns. He transferred to Whitewater after spending two years at Northern Michigan.

The 6-foot-3, 225-pounder signed with the Chicago Bears after going undrafted in 2012. He split time between the Bears' practice squad and injured reserve before being waived/injured after training camp in 2013.

Blanchard received another opportunity on the Carolina Panthers' practice squad a couple of months later and signed a future's contract for last season. He was placed on injured reserve after sustaining a concussion against New England on Aug. 22.

The former DIII All-American hasn't appeared in a regular-season game, but has completed 28 of 44 passes for 296 yards and three interceptions in seven preseason games.

He becomes the No. 3 quarterback on the Packers' offseason roster behind Aaron Rodgers and Scott Tolzien, who re-signed on a one-year, $1.35 million contract last month. The Packers appear to have moved on from last year's backup, Matt Flynn, who remains unsigned.