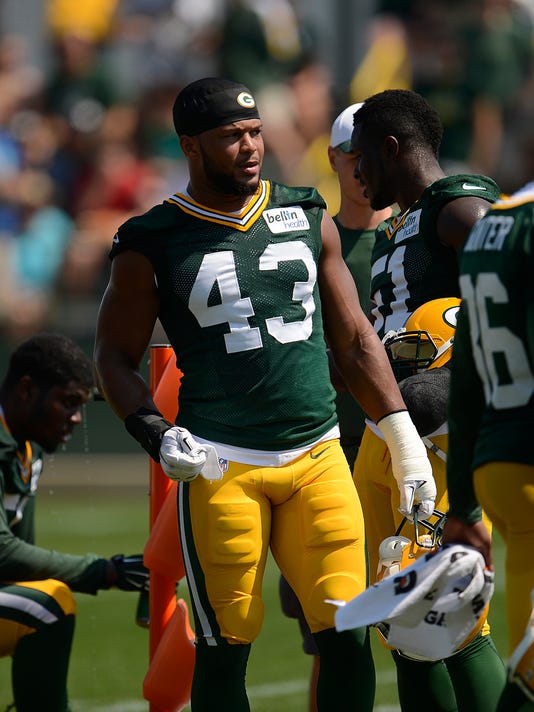 The Green Bay Packers signed tight end Blake Annen to the practice squad on Wednesday and placed linebacker James Vaughters on the practice-squad injured list with an undisclosed injury.

Annen, who’ll wear No. 43, played in five games for the Chicago Bears last season after entering the league as an undrafted free agent with Philadelphia. The 6-foot-4, 245-pound tight end spent a week on New Orleans’ practice squad in September after being among the Bears’ final cuts.

The Cincinnati alumnus is slightly undersized, but was viewed as a good in-line blocker coming into the league. He ran a blazing 4.41-second time in the 40-yard dash at his pro day, though Nolan Nawrocki wrote he doesn't play to his timed speed.

Annen’s addition comes after tight end Andrew Quarless was diagnosed with a sprained medial collateral ligament in Monday night’s 38-28 win over Kansas City. The Packers are carrying only one other tight end on the active roster, Kennard Backman.

If a third tight end is deemed necessary, they also could promote Justin Perillo off the practice squad. He played in two games last season before being among the Packers’ final cuts earlier this month.