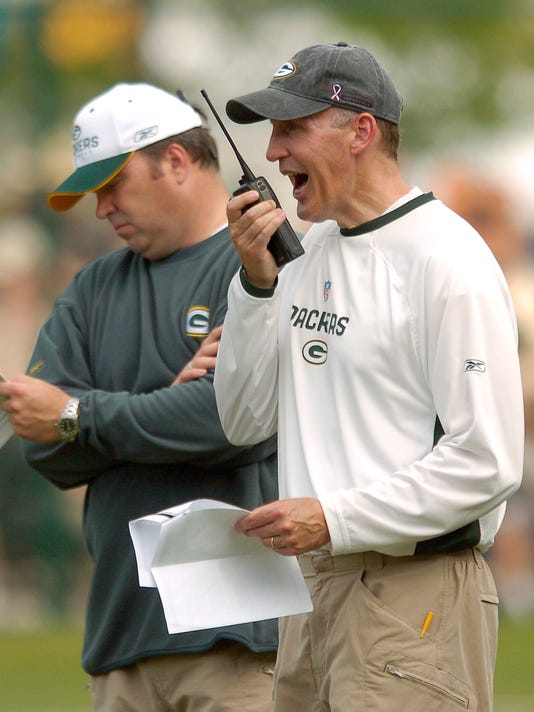 “Personally, I’m extremely disappointed,’ McCarthy said. “I think as we all know in here, Joe Philbin is a man of the highest character and integrity, and I think he’s an outstanding football coach.”

Philbin was on the Packers’ coaching staff as an offensive assistant when McCarthy was hired in 2006. McCarthy quickly promoted Philbin to offensive line coach, where he served one season before becoming the team’s offensive coordinator in 2007.

After the success of the Packers’ offense in 2011 — the highest-scoring season in franchise history — Philbin was hired as the Dolphins head coach. His tenure ended with a 24-28 record over three seasons and four games. One of those losses came last October when the Packers beat the Dolphins 27-24 in Miami.

The Dolphins started this season 1-3, including a 27-14 loss to the New York Jets on Sunday in London.

“This was a tough decision for me to make knowing how tirelessly Joe worked in his four years here to make this a winning team," Dolphins owner Stephen Ross said in a statement. "He is a man of the highest character and integrity that I developed a close personal relationship with. I am extremely disappointed with how we have started the season, but I feel confident that we can improve quickly with the talent we have on our roster. We will soon be announcing an interim coach to lead the team going forward.”

The Packers would be a logical location for Philbin to rebuild his coaching career, considering his familiarity with McCarthy and quarterback Aaron Rodgers. McCarthy did not rule out a reunion with his former offensive coordinator when asked Monday, but he gave no indications anything was imminent this year.

“We're in Week 5 of our season,” McCarthy said. “Joe Philbin, if he desires, will coach again.”