McCarthy: One-two punch at running back

McCarthy: One-two punch at running back 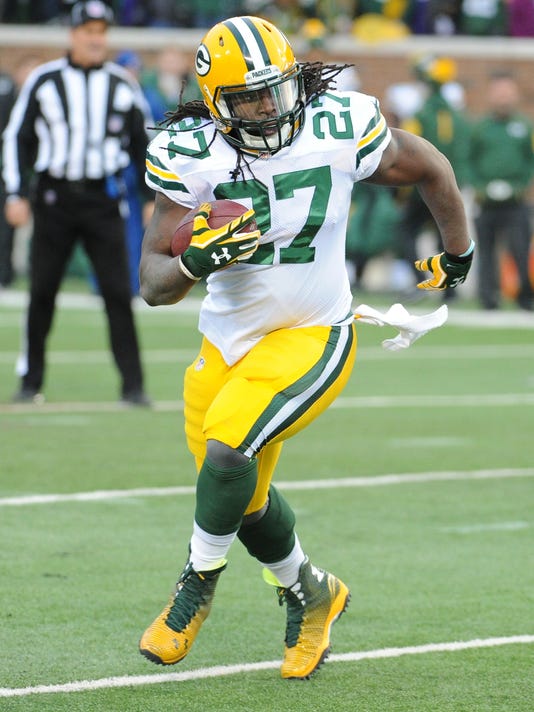 Biggest challenge on a short turnaround is frankly the health of the team. I’ve always felt that was the biggest challenge. When a player has an injury, he can get himself back in seven days as opposed to four.

On hope for Corey Linsley’s availability:

I have hope. We just broke our meetings.

Same. We’ll see how he is in the morning. They’ll be involved for stay program for next hour and a half.

On what they did today:

We game planned. Worked on Chicago. Normal down and distance. Third down.

On looking at yesterday’s game:

I watched two segments on the plane last night and I watched one before I came in here.

Eddie played well. I think more importantly he was given more opportunities. 22 carries. I thought he was decisive. I thought he ran behind his pads.

JC did a good job. I was a little concerned when he went in there because he didn’t get a chance to give any snaps.

On if Lacy is the starter again:

We’ll be in a one-two punch. We’ll go through the week and we’ll see who starts first.

Datone’s done good things. Splash plays and so forth. What’s held him back is his consistency. That’s what he needs to continue to work on.

We play here Thursday night. It was fun. It was a fun ride home, but the reality is it’s all about Chicago. They’re an impressive football team.

On what team did well:

I think the best thing we did yesterday is we covered up our mistakes. The first part is we need to try to keep our mistakes to a minimum. We had some opportunities we let go, but the energy and intensity really covered up those things.

On what Bears are doing differently:

Improvement. I think the Bears have really improved. You see the efficiency has gone up in all three phases.

On how to approach Thursday games:

We’ve improved over the years. This is different for us. This is the first time we’ve played the Thanksgiving game at night and at home. First 24 hours is important. You learn to do different things within that.

On having Bart Starr and Brett Favre back:

This is a once-in-a-lifetime event surrounding our game with the Bears. This is obviously a very special time in the Green Bay Packers’ history with Bart coming back. Brett Favre’s retirement of his jersey number and have Brett Starr, Brett Favre and Aaron Rodgers together for a moment will be special and unique.