Center Corey Linsley and outside linebacker Nick Perry were back on the field Wednesday. 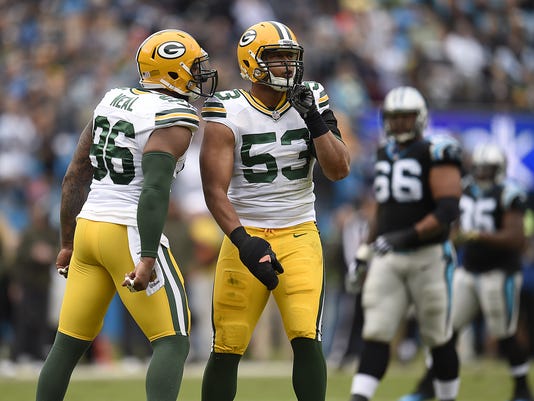 Center Corey Linsley and outside linebacker Nick Perry were back on the field when the Green Bay Packers returned to practice on Wednesday.

Linsley (ankle) and Perry (shoulder) both sat out of Sunday’s 28-7 win over Dallas. Linsley was back with the starters after not practicing last week due to a sprained ankle that he aggravated against Detroit on Dec. 3. Perry missed one game earlier this season with a shoulder sprain before flaring up against the Lions.

The only players who didn’t practice were cornerback Sam Shields (concussion) and guard Josh Sitton (back). Sitton also sat out the first practice of last week, while Shields remains in the concussion protocol after leaving in the second quarter against the Cowboys.

The full injury report will be released later today.