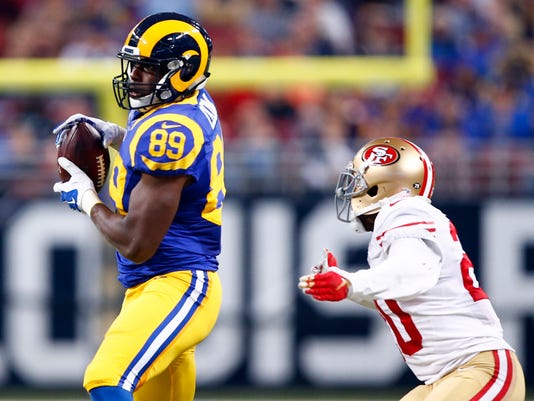 Jared Cook finally has his shot to show what he can do when paired with an MVP quarterback.

If the Green Bay Packers’ new tight end responds with a career season, he’ll have another chance to hit it big in free agency a year from now.

The eighth-year tight end signed a one-year, $2.75 million contract with the Packers on Monday morning with incentives that could push the total value of the contract to $3.65 million, according to a league source with access to the NFLPA salary database.

USA TODAY’s Tom Pelissero reported that the Packers originally offered Cook a two-year deal, but the sides instead agreed on a one-year pact that gives him another chance to seek a long-term deal next offseason if everything should go well in 2016.

The 28-year-old tight end also can earn up to $900,000 if he’s selected to the Pro Bowl and hits targets for receptions and touchdowns. Those incentives aren’t reflected in Green Bay’s salary cap because they’re considered not likely to be earned for salary-cap purposes since he didn’t hit those marks last season.

When the dust settles, the Packers should have a little less than $11 million remaining in cap room for the 2016 season.

*Also can earn up to $900,000 for Pro Bowl, receptions and touchdowns (not reflected in cap based it’s deemed unlikely to be earned)