The folks at Pro Football Focus released the final segment of their ranking of the top 101 players in the NFL in 2015 on Thursday, and three Green Bay Packers made the list. 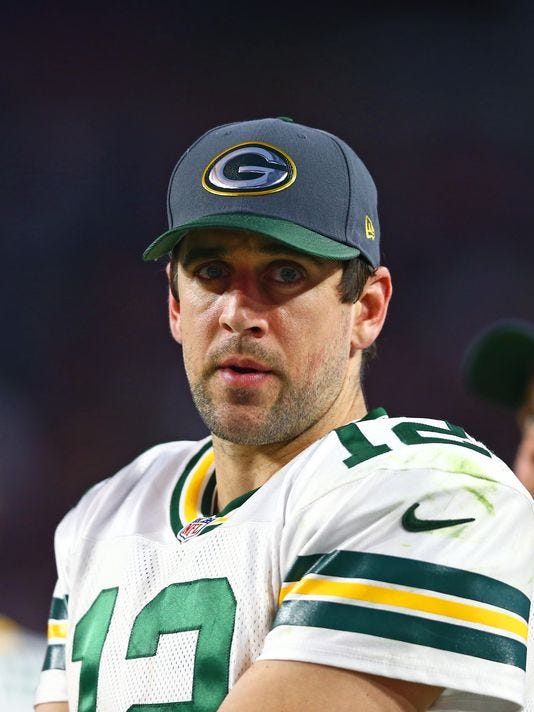 The folks at Pro Football Focus released the final segment of their ranking of the top 101 players in the NFL in 2015 on Thursday, and three Green Bay Packers made the list.

Their names may be surprising: defensive end Mike Daniels and guards T.J. Lang and Josh Sutton.

What, no Aaron Rodgers? That’s because the PFF list is based entirely on what players did in 2015, and Rodgers struggled for most of the second half of the season.

“This list is based solely on 2015 play,” PFF's Sam Monson makes clear. “Nothing that happened in previous years or may happen in the future is accounted for. This isn’t about class or talent, it’s about performance throughout the 2015 NFL season.’’

Given the criteria, it’s no surprise that the NFC champion Carolina Panthers led the way with nine players on the list, followed by playoff teams New England and Seattle with seven. Super Bowl champion Denver landed six on the list.

With that in mind, here is what PFF had to say about the three Packers who made the list and where they ranked (and if you’re wondering who ranked No. 1, the complete list can be found here):

Green Bay’s defense has been up and down in recent years, but Mike Daniels has only been getting better, and is now one of the league’s most disruptive players. He notched seven sacks in 2015, marking his third straight season of seven or more; in 2015, however, he increased his pressure total to 62 over 823 defensive snaps. Daniels generated pressure in every single game this past season, and ended the year with a playoff performance that averaged 4.5 pressures over two postseason games.

T.J. Lang has been quietly improving for a while now, and has forced himself into the discussion among the best guards in the NFL. He was marginally the better of the two guards this past season for the Packers, and allowed just 18 total pressures over the year (to go along with solid run-blocking grades). This was the best season of Lang’s career, and marks the third-straight improvement over a full season. What will his 2016 hold?

There is no better pass-protecting guard in the NFL than Josh Sitton. From 2013 to 2014, he averaged just 9.5 total pressures; playing guard this season, he allowed just 16 over 17 games (including the playoffs). His performance has been good enough that the Packers believed him to be the best option they had at left tackle once injuries bit late in the season, and he started a game there against the Vikings on the final regular season encounter. He surrendered seven total pressures in that game, largely to Everson Griffen, but graded barely below average, which for a guard playing tackle, is actually quite an achievement.