The Green Bay Packers announced the signing of first-round pick Kenny Clark on Friday to officially complete their 2016 draft class.

The Green Bay Packers announced the signing of first-round pick Kenny Clark on Friday to officially complete their 2016 draft class.

Clark, a nose tackle from UCLA, was the seventh and final rookie to sign a contract.

Prior to Friday, Clark had been one of just five first-round choices who had not signed a contract. But Clark said this week that his agent was talking to the Packers and that he assumed the two sides weren't that far apart. The rookie salary pool slots picks into designated contract totals, and there wasn't alot of wiggle room to be had.

"There’s not a lot you can do with a rookie contract," Clark said during the team's mandatory minicamp this week. "It’s not that serious. I’m not worried about it.”

However, things like guaranteed money, bonuses and offset language can be negotiated. And Clark's agent, Jerome Stanley, apparently wanted something different than what the Packers had offered.

The other first-rounders yet to sign are San Diego defensive end Joey Bosa (No. 3 pick), New York Jets linebacker Darron Lee (No. 20), Houston receiver Will Fuller (No. 21) and San Francisco offensive lineman Joshua Garnett (No. 28).

Bosa is the only one of the group who has refused to report to minicamp without a contract. He has refused to accept offset language that would prohibit him from receiving his full guaranteed salary from the Chargers if he were to get cut and sign with another team.

Asked if there was any thought of not reporting to the Packers’ minicamp this week, Clark said no. It was another indication that the two sides — Clark and the Packers — were nearing a deal.

“No question,” Clark said. “I was going to be here regardless.”

The Packers’ rookie salary pool number is $5,315,527 and they have spent $3,613,410 of it on their other draft choices, according to a source with access to NFL Players Association salary data. Each player’s allotment is calculated the same as a veteran player’s salary cap number and then subtracted from the overall pool number.

Thus, the sum of first-year cap numbers of the Packers’ rookies, plus any signing bonus money they pay to undrafted free agents, can’t exceed the $5,315,527 total. The total amount they can spend on rookie contracts is $29,235,400.

Here is a salary breakdown of the contracts the other six Packers rookies have signed: 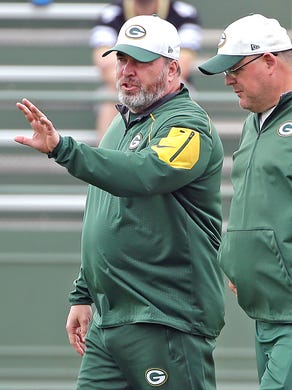 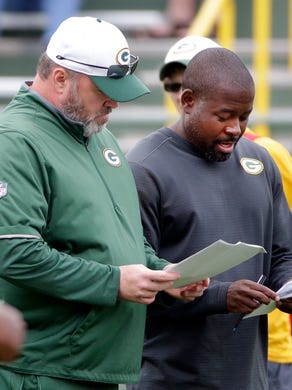 Wide receiver Jared Abbrederis was drafted in the fifth round by the Packers in 2014. Jim Matthews/USA TODAY NETWORK-Wisconsin
Fullscreen