Mark Murphy reiterated the Packers' desire to participate in the league’s International Series. 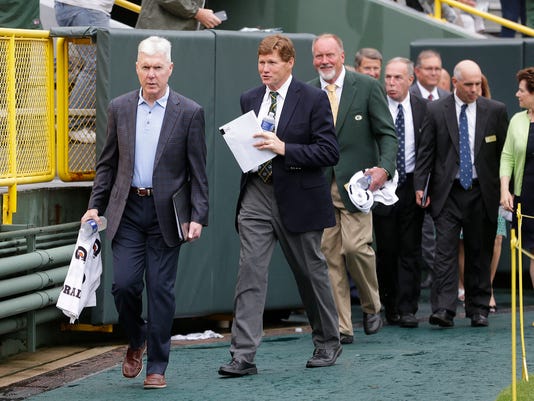 GREEN BAY - For a moment, the collection of fans inside Lambeau Field let out a small gasp, stunned by what they had just heard: In 2018, the National Football League will play a regular season game in China.

But any notion of the Green Bay Packers participating in this type of game had vanished by the time the stadium noise lessened a few seconds later. Mark Murphy, the team’s president and CEO, told the crowd he hardly considered it.

“They asked us if we were interested and I didn’t even go to (general manager Ted Thompson about it),” Murphy said during Thursday’s annual meeting of shareholders.

“It would have been the opening weekend, and going all the way to China could really cause some travel issues.”

Though China is off the table, Murphy reiterated the organization’s desire to participate in the league’s International Series. They have just one condition: They don't want to sacrifice a home game.

“We’ve talked about it,” Murphy said in a press conference Thursday. “If we’re going to play more and more games internationally, the question becomes how do you convince teams to give up home games. For us, we travel so well, it’s a guaranteed sellout for most teams (when we play in their city).

“I think (the league) would like to see every team have a chance to play in London. We stay unique in kind of our history and tradition and our ownership structure, and I think it would play well. I think people in London would like to learn a little bit more about the Packers.”