Several agents have said the cautious approach the Packers are taking in free agency is due to the impending Aaron Rodgers contract extension. 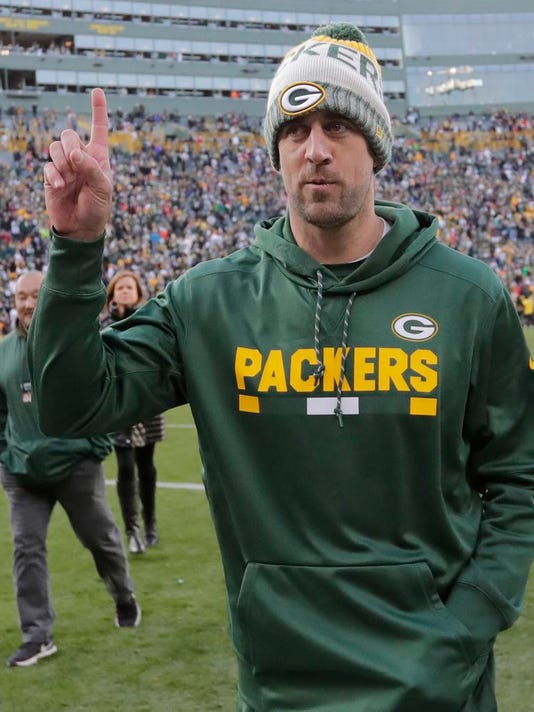 GREEN BAY – If the Green Bay Packers thought signing quarterback Aaron Rodgers to a record-setting contract extension was simply going to take writing him a check — albeit one that could cover the yearly budget for the city of Brookfield — their hopes were crushed March 15.

Throughout the NFL, it’s well-known the Packers have a fundamental way of structuring contracts. Their veteran deals traditionally include a signing bonus and no other guaranteed money in the contract.

When Rodgers signed a five-year, $110 million contract extension in April 2013, the Packers handed over a signing bonus of $35 million and guaranteed roster bonuses of $9.5 million in 2014 and ’15, raising the total amount of guaranteed money to $54 million.

Guaranteeing the roster bonuses was a way of delaying part of what was essentially a $54 million signing bonus. The Packers had handed a $20 million signing bonus to Clay Matthews a week earlier, so rather than taking a $74 million cash hit in ’13, they only had to pay out $55 million for the two.

Several agents who have been dealing with the Packers in free agency have said it’s clear to them that the cautious approach the team is taking in free agency is due to the impending Rodgers contract extension.

They probably aren’t wrong. The truth is that this thing could get very complicated and the Packers must be ready for anything.

“There are a lot of rumblings going around that this deal is going to have voids and player options and percentages and all kinds of things to make sure he is able to keep up with the market,” a well-known agent with multiple quarterback clients said. “They’re going to have to come up with something far more creative (than the Cousins deal) because of that.”

In other words, Rodgers’ deal could quickly become outdated given the escalating salaries around the NFL. If he were to sign an extension tomorrow, it’s likely Atlanta’s Matt Ryan would sign a bigger one in a month or two. And Tennessee’s Marcus Mariota might sign a bigger one after that. And Carolina’s Cam Newton would probably top that a year from now.

If San Francisco’s Jimmy Garoppolo is worth $27.5 million per year, the sky’s the limit moving forward.

But in 2016, Baltimore paid Joe Flacco an average of $22.1 million per year and the floodgates opened.

Eight quarterbacks now rank higher in average salary than Rodgers, only two of whom (Flacco and Drew Brees) have won a Super Bowl. None of those eight have won an MVP award, let alone two, like Rodgers.

So, as the Packers negotiate with Rodgers’ agent, David Dunn, they’ll be protecting their interests on several fronts.

They could just give in and do what the Vikings did with Cousins, which is guarantee salaries of $26 million in ’18, $28 million in ’19 and $30 million in ’20. Jack those numbers up so that they average $30 million a year and that would be a start.

But Rodgers has two years left on his current deal and the Packers are not going to want to make it a one-year extension that guarantees all $90 million of the restructured contract. They’re going to want to add three years to the two existing years so they don’t have to go through this again next year.

Rodgers, 34, wants to play until he’s 40, so a three-year extension would just about take him there. The Packers would probably have to commit to five years of guaranteed money to get Rodgers to sign.

One option the Packers would have is to just add the one year, guarantee most of it and then use the franchise tag on him in ’21 and ’22. Rodgers would have to be offered 120 percent of his previous year’s salary and it would be guaranteed as soon as he signed it.

It would assure that Rodgers would stay among the highest-paid players in the NFL without having to use any fancy escalators or options. It would also allow the Packers to cut Rodgers after three years if he were to suffer a career-threatening injury or if his skills were to deteriorate quickly.

Thus, it’s hard to imagine Rodgers agreeing to such a deal.

One of the interesting parts of guaranteeing an entire year’s salary is that it requires great cash flow. The NFL requires teams to put the upcoming year’s guaranteed salary — which if not a signing bonus gets paid in 17 equal payments over the course of the regular season — in an escrow account with the NFL in March.

For example, the Vikings will be putting $26 million in escrow for Cousins for this season. For the Packers, that’s not a problem because they are awash in cash with annual profits usually in the $40 million range and a reserve fund with $349 million in it.

RELATED: Muhammad Wilkerson ready for return to 'my dominant play'

According to the agent, one way the Packers and Rodgers could reach a compromise is to guarantee the first three years fully and then guarantee the rest of the years for injury only. At some date each offseason, each salary in the final two years would become fully guaranteed.

In that scenario, the Packers would be essentially giving Rodgers a Cousins-type deal, but they would be protected the final two years if Rodgers’ play were to suddenly fall off the cliff.

Another option would be to give the Packers a buyout option in the final two years.

None of that, however, addresses the rising quarterback salaries and how Rodgers would be guaranteed to remain the highest-paid quarterback in the NFL. The two sides will need to get creative to make sure that happens.

It’s very likely that Dunn will suggest Rodgers’ salary be tied to a percentage of the salary cap, which no one has done yet. But agents think that is the way things are headed and why wouldn’t Dunn try to accomplish it with one of the best players in the NFL?

There will be a segment of the public that will wonder why Rodgers doesn’t give the Packers a discount so that general manager Brian Gutekunst can sign more free agents. Wouldn’t Rodgers sacrifice salary for the betterment of the team?

New England quarterback Tom Brady has done that. He ranks 16th in the NFL in average salary ($20.5 million) despite winning his third MVP award last season. Brady isn’t even the top wage-earner in his family, so that might have something to do with it.

But whatever the case, the Lions and Vikings, and in another two or three years, the Chicago Bears, are all going to have quarterbacks counting $27 million or more against the salary cap, so it’s not like the Packers will be at a disadvantage within the division.

At this time, it’s just the cost of doing business. And that cost is causing the Packers to tread lightly in free agency and make sure they’re not stretching their salary-cap dollars too thin.

Until the Rodgers deal gets done, the Packers don’t have a hard salary cap.